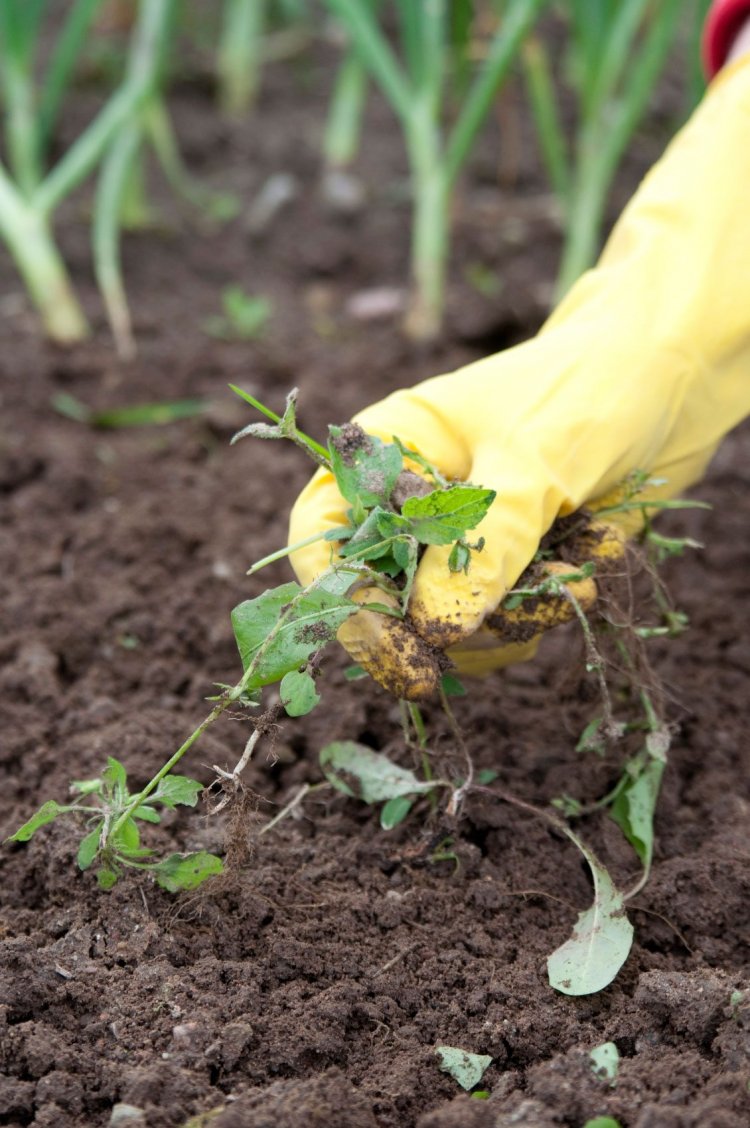 A step by step guide to vegetable weed control methods

The critical success factors for weed control include;

Cultural weed control refers to any method that involves maintaining field conditions such that weeds are less likely to become established and increase in number. Examples of cultural weed control in vegetable crops would be crop rotation, avoiding overgrazing of pastures or rangeland, using well-adapted competitive forage species, and maintaining good soil fertility.

Preventative weed control refers to any control process that aims to prevent weeds from being established in a cultivated crop, a pasture, or a greenhouse. Some examples of preventative weed control would be using certified weed-free seed, only transporting hay that is weed-free, making sure farm equipment is cleaned before moving from one location to another location, and screening irrigation water to prevent weed seeds from traveling along irrigation ditches.

Herbicide application can give the most effective and time-efficient method of managing weeds. Numerous herbicides are obtainable that provide effective weed control and are selective so that grasses are not injured. Along with herbicide use, user responsibility and compliance with all product label conditions for herbicide handling, use and cleanup are required.

Chemical weed control refers to any method that involves the application of a chemical (herbicide) to weeds or soil to control the germination or growth of the weed species. In economic terms, chemical control of weeds is a large industry and there are scores of examples of chemical weed control products. 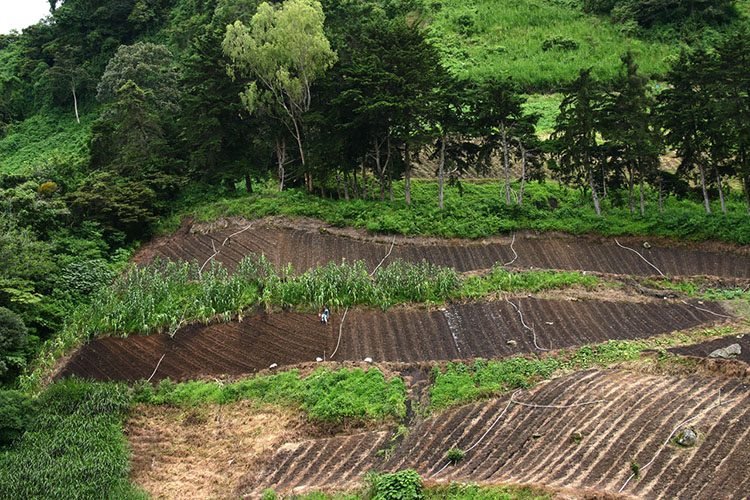 There are fewer registered herbicides for seedbeds than for planting crops. There are some post-emergence grass-killers (usually known as ‘fop’ and ‘dim’ families) that could be used well in vegetable seedbeds, as for example, cycloxydim (for onion, cruciferous crops), clethodim (onion, tomatoes), fluazifop-butyl (tomato, pepper, lettuce, leek, onion). Rates should be low to avoid any problem of phytotoxicity.

Herbicide treatments under plastic cover are always hazardous and careful application must be carried out. Under plastic, high levels of moisture and elevated temperature are common and plants grow gently. Selectivity could be simply lost and phytotoxicity symptoms may occur, while sometimes they are just temporary. The effects are often erratic and the best way to deal with it is to be prudent and make some trials before a general treatment.

The goal of biological control in vegetable crops is not eradication but the use of living agents to suppress vigor and spread of weeds. Such agents can be insects, bacteria, fungi or grazing animals, for example, sheep, goats, cattle or horses. Grazing produces results similar to mowing and biological control is most commonly thought of as “insect biocontrol”.

Mechanical weed control consists of methods that kill or suppress weeds through physical disruption. Such methods contain pulling, digging, disking, plowing and mowing. The success of several mechanical control methods is dependent on the life cycle of the target weed species.

The critical period of weed control in vegetable field

This period has been defined as an interval in the life-cycle of the crop when it should be kept weed-free to prevent yield loss. Horticultural crops are sensitive to weed competition and need to keep them weed-free, from planting, emergence or until the end of their critical weed-free period. If the crop is kept weed-free for the critical period, normally no yield reduction would be there. Again, weeds emerging after the critical weed-free period will not affect crop yield. But control efforts after this time can make harvest more efficient, or reduce weed problems in subsequent years.

The critical period of weed competition is generally longer in direct-seeded than in transplanted crops. Some traditional techniques that are transplanted, earthing-up as done in potato are thought to increase crop competitiveness. Weather conditions and weed density have an influence on the length of critical periods.

Weed control in vegetables particularly important early in the season when weed competition can substantially reduce vigor, uniformity and overall yield. Vegetable crops are very sensitive to weed competition and need to keep them weed-free, from planting, emergence or until the end of their critical weed-free period. The period from emergence to four weeks has been found to be critical in the competition of weeds in several row crops including vegetables.

Only a few vegetables are excellent competitors with weed flora because they quickly cover the soil, topping the weed growth like potato, transplanted brinjal, and cabbage. Some vegetables, such as carrots, turmeric or direct-seeded vegetable crops like cabbage produce slowly and they cover the soil very sparsely, suffering strong weed competition not only for water, nutrients, and light but even for space. Therefore, if weed control is not carried out timely, there will be no production at all. There are several examples of problems in crop-yield reduction that indicate the great sensibility of vegetables to early weed competition and the need to control weeds at early crop stages. Weed competition is severe when a direct-seeded vegetable is grown.

Some of the weed control methods in vegetables are given below;

Crop competition is one of the cheapest and useful methods a vegetable producer can use to control weeds. Competition makes full use of one of the oldest laws of nature and survival of the fittest. Some of the competitive crops are closely planted bush green bean, cucumber, winter squash, and sweet potato. Some vegetables sweet corn, pole bean, watermelon and transplanted tomato, pepper, and cabbage are intermediate. Slow or short growing crops for example as carrot, onion, okra, and direct-seeded tomato, pepper, and cabbage are considered non-competitive.

Weeds are naturally very strong competitors. If not, they would fail nature’s test of “survival of the fittest” and those weeds that can best compete always tend to dominate. For example, some weeds germinate and grow quickly and may dominate a field seeded with a slower-growing vegetable.

Weeds compete with crops for light, soil moisture and nutrients, carbon dioxide, and physical space. One wild mustard plant could consume twice as much nitrogen and phosphorus, four times as much potassium and four times as much water as a well-developed onion plant. The average ragweed consumes almost three times as much water as does a sweet corn plant. Weeds, as a group, have much the same requirements for vegetable growth. For every pound of weed development, the soil produces about one pound less of crops. The competition for nutrients can be simply seen from chemical analysis of weeds growing and competing with corn.

Certain weeds are more common in some vegetable crops than in others. This is due to the time of year that the crop is grown. For example, pigweed, lambs quarters, common ragweed and crabgrass often are mainly found in tomatoes, peppers, vine crops, sweet corn and in other summer cultivated crops. Wild mustard, volunteer small grains, wild garlic, cornflower, and thistles are weeds that happen frequently in the fall and winter vegetables.

Rotation of vegetable crops can be an efficient method to reduce weed populations. A good rotation for weed control generally includes strong competitive crops grown in each part of the rotation.

In biological weed control, a “natural enemy” of the plant is used which is harmless to preferred plants. Insects or disease organisms generally are natural enemies. Parasitic plants, selective grazing by livestock and rodents, highly competitive replacement plants are other forms of biological control.

Many vegetables are grown in seedbeds to develop appropriate seedlings for transplanting in the field. Soils dedicated to seedbeds are generally light, with good tilth, and fertilized to obtain a good plant emergence. Seedbeds are generally flood-irrigated and plastic-protected. Here we add some possibilities for weed management.

Stale seedbeds are sometimes used for vegetables when selective weed-control practices are limited or unavailable. Mainly, this technique consists of the following points;

Soil solarisation method is a broad-spectrum control method, which is simple, economically feasible and environmentally friendly. It is an effective way for the control of many weeds. It does not affect soil properties and generally produces higher yields. There are some disadvantages to its implementation. For example, previous irrigation is a requirement, (or frequent and abundant rain) and the soil should be kept solarized (non-producing) for a period of at least one month. Results are often variable, they depend on weather conditions. Cold (high latitude) or cloudy places are usually not appropriate for implementing solarization. Some species can tolerate solarization (e.g. deep-rooted perennials are Sorghum halepense, Cyperus rotundus, Equisetum spp. and also some big weed seeds for example legumes).

The soil should be clean, surface-leveled and wet, previously to being covered with a thin (0.1-0.2 mm) transparent plastic sheet and very well sealed. The soil should be kept covered during the warmer and sunnier months (30-45 days). Soil temperatures should reach above 40° C to exert a good effect on weed seeds.

After solarization, the plastic should be recovered, and the use of deep or moldboard tillage must be avoided. This system is suitable for small areas of vegetables, but it has been mechanized for extensive areas of tomatoes. Soil solarization process is widely used under plastic greenhouse conditions. Hope you enjoyed the content of vegetable weed control methods.