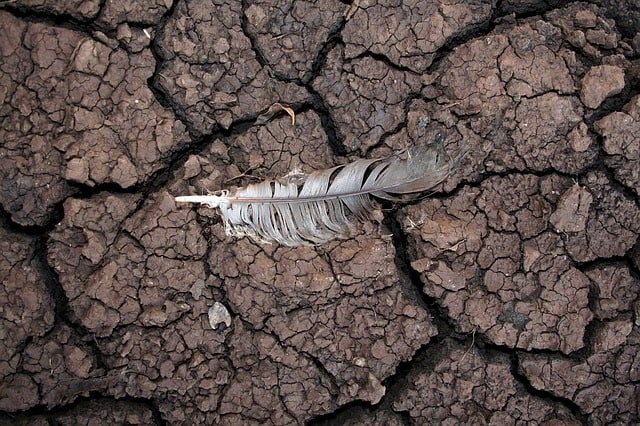 Soil degradation means the decline in soil quality which comes about due to aspects, for example, improper land use, agriculture, and pasture, urban and industrial purposes. It mainly involves the decline of the soil’s physical, biological, and chemical state. Degraded soils have a health status such, that they do not provide the normal goods and services of the soil in its ecosystem. This is a decline in soil quality due to misuse, usually from agricultural, pastoral, industrial, or urban purposes. So, it is essential to combat Soil degradation at different levels and scales worldwide, not only for food security and ecological health but also for the guarantee of global sustainable development. In this article we also discuss below topics;

A guide to the soil degradation causes and control methods

Soil degradation examples contain a decline in soil fertility, adverse changes in alkalinity, acidity or salinity, extreme flooding, use of toxic soil pollutants, erosion, and deterioration of the soil’s structural condition. Soil degradation is caused by urbanization and infrastructure development and erosion. While Soil degradation occurs naturally, it has been highly exuberated by anthropogenic activities. Also, climate change combined with human activities continues to worsen Soil degradation. To understand the distinct nature of soil quality decline, below are the causes, effects, and solutions of Soil degradation.

A guide to the soil degradation.

The degradation or deterioration of soil may be caused by the below factors;

Some physical factors contributing to Soil degradation distinguished by the manners in which they change the natural composition and structure of the soil. Rainfall, surface runoff, floods, wind erosion, tillage, and mass movements result in the loss of fertile top spoil thus declining soil quality. The physical forces and weathering processes lead to a decline in soil fertility and adverse changes in the soil’s composition or structure.

The reduction of soil nutrients because of alkalinity or acidity of waterlogging are all grouped under the chemical components of soil degradation. In the broadest sense, it comprises alterations in the soil’s chemical property that find out nutrient availability. It is caused by salt buildup and leaching of nutrients which corrupt the quality of soil by creating undesirable changes in the essential soil chemical ingredients.

Some other causes of Soil degradation can be given below;

Other factors as deforestation, improper cultivation practices like mono-cropping, misuse or excessive use of fertilizers, excessive irrigation, over-grazing, the fragility of soil, and poor manuring can accelerate the process of Soil degradation.

It causes soil degradation on the account of exposing soil minerals by removing trees and crop cover, and which support the availability of humus and litter layers on the soil surface. Vegetation cover mainly promotes the binding of the soil together and soil formation, hence when it is removed it considerably affects the capabilities of the soil such as aeration, water holding capacity, and biological activity.

In case if you miss this: Eggplant flower drop, reasons, Control Methods.

When trees are removed by logging, infiltration rates become elevated and the soil remains bare and exposed to erosion and buildup of toxicities. Some of the contributing activities contain logging and slash and burn techniques used by individuals who invade forest areas for farming, rendering the soils unproductive and less fertile in the end.

Misuse or excess use of fertilizers

The excessive use and misuse of fertilizers kill organisms that assist in binding the soil together. Most agricultural practices involving the use of fertilizers and pesticides entail misuse or excessive application, thereby contributing to the killing of soil’s beneficial bacteria and other micro-organisms that help in soil formation. The complex forms of the fertilizer’s chemicals are responsible for denaturing essential soil minerals, giving rise to nutrient losses from the soil. Thus, the misuse or excessive use of fertilizers increases the rate of Soil degradation by destroying the soil’s biological activity and builds up of toxicities through incorrect fertilizer use.

Soils become water-logged when the water balance of an area is disturbed as of excess recharge. The important sources of water are heavy rains, overland water flow towards the basin, seepage from canals and distribution system, and tidal flooding. Conditions cause waterlogging is natural basins without an outlet for water, low permeability of subsurface horizons, low intake rate of surface soils and obstructions to the natural flow of rainwater, etc.

Soil is mainly polluted by industrial and mining activities. As an example, mining destroys crop cover and releases a myriad of toxic chemicals that are mercury into the soil thereby poisoning it and rendering it unproductive for any other purpose. Industrial activities, release toxic effluents and material wastes into the atmosphere, land, rivers, and groundwater that eventually pollute the soil and as such, it impacts on soil quality. Altogether, industrial and mining activities degrade the soil’s physical, chemical properties, and biological properties.

Due to a shortage of land, the farmers have adopted intensive cropping patterns of commercial crops in place of balanced cereal-legume rotations. During the last two decades, the area under food crops decreased, and under non-food crops increased. Intensive cultivation leads to the removal of large quantities of nutrients from the soil which effects to loss of soil fertility.

Some agricultural practices are environmentally unsustainable and at the same time, they are the single biggest contributor to the worldwide increase in soil quality decline. The tillage on agricultural lands is one of the major factors since it breaks up the soil into finer particles, which increase erosion rates. The soil quality decline is exuberated more and more as a result of the mechanization of agriculture that gives room for deep plowing, plant cover reduction, and the formation of the hardpan. Other improper cultivation activities, for example, farming on steep slope and mono-cropping, row-cropping, and surface irrigation wear away the natural composition of the soil and fertility and prevent soil from regenerating.

Soil degradation means the physical, chemical, and biological decline in soil quality. It can be the loss of organic matter, soil erosion, acidity or alkalinity, and the effects of toxic chemicals, excessive flooding. Soil degradation can involve;

The most significant threats to soils around the world are;

The degree of severity, geographic extent, and interaction between these significant threats are diverse and complex. Soil degradation results in the loss of critical functions and ecosystem services. These functions contain the production of food, feed, and fiber ensuring sufficient supplies of clean water, providing a platform for the built environment, supporting biodiversity, and also providing the largest terrestrial store of carbon and nutrients.

Soil quality decline is one of the main causes of land degradation and also considered to be responsible for 84% of the ever-diminishing acreage. Year after year, huge acres of land lost due to soil erosion and contamination. The world’s agricultural land (About 40%) is severely diminished in quality because of soil erosion and the use of chemical fertilizers, which prevent the land from regenerating. The decline in soil quality as a result of agricultural chemical fertilizers further leads to water pollution and land pollution thereby lowering the land’s worth on earth. Drought and aridity both are problems highly influenced and amplified by soil degradation. The contributing factors to soil quality decline such as overgrazing, poor tillage methods, and deforestation are the leading causes of desertification characterized by droughts and arid conditions. In the same context, Soil degradation may bring about loss of biodiversity.

Because Soil degradation contributes to land degradation, it means that it creates a significant loss of arable land. As stated earlier, about 40% of the world’s agricultural land is lost on the account of soil quality depreciation mainly caused by agrochemicals and soil erosion. Most of the crop production practices affect the topsoil loss and the damage of soil’s natural composition that makes agriculture possible.

The land is normally altered from its natural landscape when it rids its physical composition from Soil degradation.  For this reason, the transformed land is unable to soak up water, making flooding frequent. Soil degradation takes away the soil’s natural capability of holding water thus contributing to more and more cases of flooding.

Pollution and clogging of waterways

Most of the soil eroded from the land together with the chemical fertilizers utilized in agricultural fields is discharged into waterways. With time, the sedimentation procedure can clog waterways, resulting in water scarcity. The agricultural fertilizers and pesticides damage marine and freshwater ecosystems and limit the domestic uses of the water for the populations that depend on them for survival.

Avoiding or reducing deforestation completely is an uphill task. However, deforestation can be cut down and this can create an impressive method of reshaping and restoring forests and vegetation cover. As populations grow, individuals can be sensitized and educated regarding sustainable forest management and reforestation efforts. Also, preserving the integrity of guarded areas can reduce demonstration.

You should not miss Mustard Cultivation Income, Yield, Project Report.

Thus, there is a necessity for individuals all over the world to respect forest cover and reduce some of the human-driven actions that encourage logging. With the avoidance of deforestation, soil’s ability to naturally regenerate can be restored. Governments, international organizations, and other environmental stakeholders want to ensure there are appropriate measures for making zero net deforestation a reality to inhibit Soil degradation.

Tilling, multiple harvests, and agrochemicals have boosted crop yields at the expense of sustainability. Responsible regulation of land and agriculture would help, but we want to be frank about our diet too. Evidence shows we must eat much smaller quantities of sustainably-reared, grass-fed meat if any less dairy, and much more fruit and vegetables.

The outcomes of erosion and quality decline are widely irreversible. Still, soil organic matter and plant nutrients could be replenished. To restore the lost soil mineral matter and organic content, it would need what is known as land reclamation. Though, land reclamation encompasses activities centered towards restoring the previous organic matter and soil’s vital minerals. This includes activities such as the addition of plant residues to degraded soils and improving range management. Salinized soils could be restored by salt level correction reclamation projects and salinity control. One of the simplest but forgotten methods of land reclamation is the planting of vegetation such as trees, crops, and flowers over the affected soils. Plants act as protective covers as they are useful at making the soil stronger by stabilizing the land surface.

The costs of preventing salinization are incredibly cheaper than the reclamation projects in some salinized areas. Thus, actions such as reducing irrigation, planting salt-tolerant crops, and improving irrigation efficiency will have high payoffs because the inputs and the labor-demanding aspects associated with reclamation projects are zero. Preventing salinization in the first place is an environmentally friendly means of offering a solution to Soil degradation.

Proper tillage mechanisms hold as one of the sustainable ways of avoiding soil quality decline. This is otherwise called conservation tillage, which means tillage mechanisms targeted at making very minimal changes to the soil’s natural condition and at the same time improving the soil’s productivity. Examples contain leaving the previous year’s crop residue on the surface to shield the soil from erosion and avoiding poor tillage methods such as deep plowing.

The effects of soil degradation can be mitigated, prevented, and even reversed through the use of sustainable farming techniques and better land management practices. As erosion is the main concern with Soil degradation, there are a variety of ways to control the erosion effects of wind and water. Here are a few ways;

Artificial and natural windbreaks, for example, shrubs, reduce the erosion effects of wind. Plants have the added benefit of “anchoring” the soil, reducing the effects of erosion from water.

Alternating strips of different types of crops helps reduce the effects of erosion.

The conclusion of soil degradation causes and control

Well, it is very important to protect the soil in all aspects. Soil is the birthplace for all farmers.