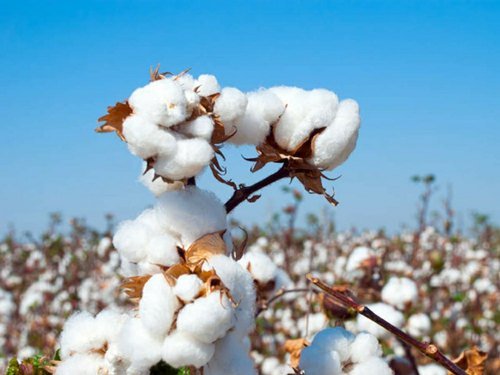 Introduction on Rythu Bandhu in Telangana

. Telangana state is the area where most of the farmers depend upon rainfall for irrigation. If the rainfall is not adequate then the farmers have to face huge crop loss and to fulfill this loss, they have to take a loan and due to their inability to return the loan, the farmers and their families forced to do suicides. Therefore, the Telangana state is always trying to provide food security and income security for the farmers. Rythu Bandhu scheme is launched for the development of farmers in Telangana.

A Step by Step Guide to Rythu Bandhu In Telangana

The Telangana state wants to prevent the farmers to take a loan from anywhere. So the Telangana Government has launched an “Agriculture investment support scheme” for the farmers called “Rythu Bandhu Scheme”. Rythu Bandhu scheme has been implemented before the beginning of the Kharif season. This scheme helps the farmers with the initial investment and it will provide some amount to the farmers so that they can invest that for their agricultural purposes. Different types of crops covered under Rythu Bandhu are Paddy, Soybean, Cotton, Peas, Pepper, Sugarcane, Corns, and Other Crops.

What is the Rythu Bandhu Scheme about?

Rythu Bandhu is a support scheme for Telangana farmers, which provides cheque payments to farmers based on their landholdings. Telangana gives every beneficiary farmer Rs 4,000 per acre as “investment support” before every crop season under the Rythu Bandhu scheme. The main objective is to help the farmer meet a major part of his expenses on seed, fertilizer, pesticide, and field preparation. Though the scheme covers 1.42 crore acres in the 31 districts of the Telangana state, and every farmer owning land is eligible.

Rythu Bandhu scheme has been announced with the motive to provide debt relief to the farmers. The government will provide investment support to the farmers of Rs.4,000 per acre per farmer. With the help of the Land Records Updation Program, the farmer wise survey and their land have been done for this scheme. This scheme is used for providing investment support for cultivating agriculture and horticulture crops by way of a grant of Rs. 4,000/- per acre per farmer each season for purchase of inputs such as Seeds, Pesticides, Fertilizers, Labor, and other investments.

To avail this scheme, the farmers should be a resident of Telangana state and must own the land. Rythu Bandhu scheme is mainly applicable for small and marginal farmers and commercial farmers are excluded from the scheme. Apart from providing incentives to the farmers to carry on their day-to-day life, many insecticides or pesticides will be provided to them to take care of their crops. Rythu Bandhu scheme is also referred to as Farmers’ Investment Support Scheme (FISS). It is a welfare program to support farmer’s investment for 2 crops a year. In each season, the TS state government will grant Rs.5000 per acre to purchase requirements such as seeds, pesticides, and fertilizers, etc.

The money is given to the agricultural farmers through a bank bearer cheque. The AEO (Agriculture Extension Officers) will supervise the cheques distribution at villages in Telangana. Then, they make entries cheque details on a tablet computer provided to them for easy monitoring. Farmers – Small and marginal farmers irrespective of OBC, General, SC, or ST castes can apply to the Rythu Bandhu scheme.

Focusing on Main Crops – Telangana state provides financial assistant to the farmers during the Rabi and Kharif crops to generate more profits.

Payments – Payment is made via cheque. Farmer’s deposit cheques where they have bank accounts. The money is deposited in these accounts.

Budget Allocation – A budget of about Rs.12,000 crores has been provided for the financial year 2018-19 for the Rythu Bandhu scheme.

The Main Objectives of the Rythu Bandhu Scheme

The Main Objectives of the Rythu Bandhu Scheme

Under the Rythu Bandhu Scheme, Telangana state farmers will get annual financial assistance of Rs.8,000 per acre. Telangana farmers will acquire this grant in two instalments. In these, the first installment is Rs. 4,000 per acre will be provided during the Rabi season and the second installment is Rs. 4,000 per acre will be granted during the Kharif season. Farmers can use this financial assistance to purchase the following or can be used for agricultural labor purposes;

Guidelines and Details of Rythu Bandhu Scheme in Telangana

Budget for Every Financial Season –  12000 Crores

Purpose of Scheme – benefit   Rs.5000 per Acre to help the farmers in Kharif Season to invest the money for inputs like seeds, fertilizers, and pesticides.

Rythu Bandhu Amount per year – This scheme amount twice a year, for Rabi and Kharif seasons.

The agriculture commissioner and Chief Commissioner of land will collaborate to find the list of deserving farmers.

All the details have also been deposited to the banks and the bank should take care of the data provided.

The banks will provide MIS to the Commissioner and Director of the agriculture department.

The list of banks enrolled in the Rythu Bandhu scheme is;

The banks will take care and furnish the data of the farmers during cheque distribution i.e name, and number, etc.

What is the Significance of the Rythu Bandhu Scheme?

Land Owner – The farmer should be the owner of the land.

Status of Farmer – This scheme is for the small and marginal farmer of the Telangana state.

The Telangana state farmer should not indulge in any Government or private job.

Below mentioned points is the eligibility for the Rythu Bandhu scheme;

Aadhar Card – The farmer must have its updated Aadhar card for the identity.

Voter ID card – The farmer has the voter id card of the state.

Land Ownership – The farmer should be the owner of the land, so he will have to submit proof of ownership of land.

Domicile – This is for the residence of Telangana so the farmer has to submit his domicile for the scheme.

Limitations of the Rythu Bandhu Scheme

Step 2 – Enter all details to donate.

Step 3 – After entering all details, click on the donate button now. The applicant can make payment through internet banking.

Aquaculture In Cambodia – A Full Guide