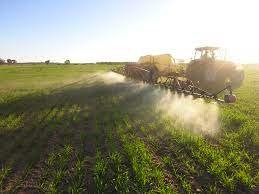 Weeds affect the plant’s growth surrounding them by competing for nutrients, soil, water, and space. In cases of smaller or younger plants, some weeds even overpower their young plant parts. Weeds are unwanted plant growths in a cultivated area or patch. Weeds not only affect the crops, but they can bring unnecessary trouble to the whole farm. Effective weed management requires identifying relevant species and understanding their biological characteristics. Weeds can be a major problem in crop growth because they tend to decrease crop yields by increasing competition for water, sunlight, and nutrients while serving as host plants for diseases and pests. In this article, we also discuss the below topics;

A Step by Step Guide to Protecting Agricultural Crops from Weeds

Weed control is important in agriculture. Some weed control methods are hand cultivation with hoes, smothering with mulch, and lethal wilting with high heat, and chemical control with herbicides (weed killers). And, always remember that the best time to control weeds is early in their life when they are at their weakest. When we leave a weed too long it becomes more resilient which makes it is harder to kill. Weeds have a much higher nutrient and moisture intake when they are actively growing, so when we spray at this time their intake of the chemical will be higher giving us the best results.

Why is Weed Control or Protecting Agricultural Crops from Weeds Important?

Weeds may cause some issues and restrict the growth of plants. So, it is very important to use a weed killer to control weeds. Weeds if left unchecked may compete with other plants for nutrients, space, water, and soil, thereby restricting plant growth. Also, some types of weeds can block drainage pipes.

Some weeds also smother certain plant parts, particularly the young ones. Unchecked weeds hamper the movement of several types of machinery used for cultivation. In the presence of weeds, more manual labor can be required to work on a given patch of land. Weeds insulate the soil surface by forming a layer and increase frost risk. They may become the hosting media for various types of diseases and pests. Hence, it is recommended to buy weed killer to get rid of the unattractive looking weeds.

Weeds can stunt the growth of plants and it is a good idea to use weed killers because if these weeds are left alone, weeds can battle with other plants for space, soil, water, and food. Also, weeds can grow to block pipes and anything else buried or planted underground.

Some weeds suffocate young crops and any others that are trying to healthily grow. Weeds left lying around can damage lawnmowers and other backyard mechanical tools. Some weeds are harder to pull out of the ground than other weeds. Also, they can be used as an area to grow diseases and pests, so you are better off removing these weeds as soon as you see them. You don’t want them to become overgrown.

A critical period of weed control as an interval in the crop life cycle when a must be kept weed-free to prevent yield loss. If weeds have been controlled throughout the critical period, the weeds that emerge later will not affect crop yield and can be controlled before harvest and to burn down the weeds and desiccate the crop. Some horticulture crops are sensitive to weed competition and need to keep weed-free, from planting, until the end of their critical weed-free period. If the crop is kept weed-free for the critical period, usually no yield reduction would result. Weeds emerging after the critical weed-free period will not affect crop yield, but control efforts after this time may make harvest more efficient, or reduce weed problems in perennial crops. 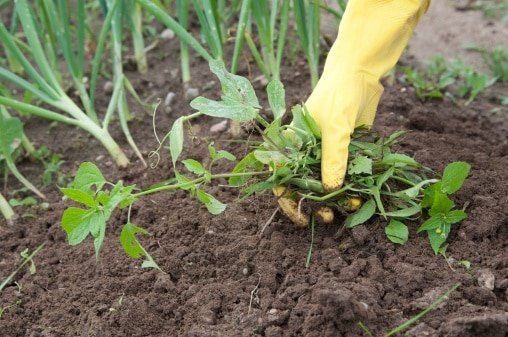 Apples, new plantings – During May and June

Strawberries – During May and June

Controlling weeds in forage crop production involve a wide range of techniques. Weed control methods classified into one or more of five main types. The five general categories of weed control are;

In weed management, prevention is crucial. A weed infestation that has gone array and has increased over time can require more expensive control methods. Some examples of preventative weed control can be using certified weed-free seed, only transporting weed-free hay, and screening irrigation to prevent weeds. It refers to any method that aims to prevent weeds from being established in a cultivated crop.

Weeds are considered opportunistic and invasive; that is why cultural control or the establishment of competitive and desired vegetation mainly helps prevent the growth of weeds. A cultural control method is considered highly effective in weed management. Examples of cultural weed control would be crop rotation, using well-adapted competitive forage species, avoiding overgrazing of pastures or rangeland, and maintaining good soil fertility.

Some manual and mechanical weed control methods are pulling, cutting, and otherwise damaging plants can be used to control some weed species, particularly if the population is relatively small. It is labor-intensive and can be expensive where cheap communal labors are not available. However, it is very eco-friendly and can be used in combination with other weed control approaches.

Biological weed control is defined as any technique involving the use of living agents that are natural suppressors of weed growth. Living agents like grazing animals, insects, fungi, or bacteria, are used not only to eradicate weeds but also to control the seed germination. Insects are utilized in biological weed control, with some naming this practice as insect bio-control or integrated pest management (IPM). Among many insects used in integrated pest management, are a cinnabar moth, tansy flea beetle, and chrysolira beetle. Some examples of biological weed control methods are sheep to control tansy ragwort or leafy spurge, cinnabar moth, and the use of goats to control brush on rangeland.

The main step for successful weed control with herbicides is to identify the weed species present. Annual weeds are very easy to kill when they are small seedlings and when conditions favor rapid growth. Though, crops are also easily injured under these conditions. Selective herbicides must control the weeds with little or no injury to the crop.

Timing and rate of application are important with chemical weed control. Spraying at the wrong time results in poor weed control and crop injury. No crop plant is completely resistant to injury from herbicides and too much chemical can damage the crop.

An array of weed management methods in organic farming is available and some of these will be discussed below;

Mowing and cutting can decelerate the seed production and can limit the growth of the weed. This does not apply to all types of crops. It is an effective method of controlling weeds, especially when there is about 2 to 5% flowering. Though, if this particular weed is mowed earlier, it can re-sprout quickly. Mowing is a suppression measure that can prevent seed head production. Mowed weeds will re-grow and set seed from a reduced height, so a combined control method is to be effective.

This is one of the best methods for protecting crops from weeds. Mulching is another weed control method that can be done in relatively small areas. It cannot control some perennial weeds, especially those whose food reserves continue to grow despite the mulching. Covering the soil surface with suitable mulch;

Mulches contribute to weed control in organic crops by blocking weed growth and reducing weed seed germination. There are several types of mulches available and may be divided into synthetic and organic mulch. Organic mulches such as straw suppress annual weed seedlings, conserve moisture, and add organic matter as they break down, but they are more labor-intensive to apply.

Some good sources of mulch include wood chips, compost, grass clippings, and straw. Just be sure not to get hay, which can have a lot of unwanted seeds. Also, you can put down ground cloth, newspaper, cardboard, landscape fabric, or other thick material on the soil to prevent weeds from growing through. This is helpful to do in your garden pathways before you put down gravel, stone, or wood chips. You could use hay, grass cuts, or wood chips, among others, as mulch. Cover the ground with this or with other covers, such as newspaper clippings. Then, this can prevent sunlight from passing through the weeds for its nutrition. Mulch is applied to the soil surface for protection or improvement of the area covered.

Solarizing your soil involves covering an area of weedy ground with a clear and heavy plastic sheet. This works in full sun and warm weather where the heat will collect under the sheet. Leave the sheet in place for 4 to 6 weeks, and only remove it once all the weeds are brown and dry. For more effectiveness, till the soil to bring weed seeds to the surface, and let them sprout before solarizing.

Solarization can be an effective method of controlling weeds like Bermuda grass, bindweed, and other annual weeds. Keep in mind that some of these weeds have extensive root systems and many re-sprout, even after being subjected to super-high temperature levels. It takes several solarization attempts to eliminate them from the area.  In the end, it can take a few months before you are ready to plant, but you have not used chemicals to control these problem weeds.

By using clean seed will prevent the new weed problems. Mowing weeds around the field edges or after harvest prevents weeds from going to seed. Cultural practices can improve soil conditions, permitting more effective mechanical control, they can adjust weed species to ones that are easier to control, and cultural weed-control practices can produce high-quality, vigorous, high-yielding organic crops.

his is one of the best methods for protecting crops from weeds. Uprooting plants by pulling is also an effective method to prevent the spread of herbaceous and floating weeds. This is effective in some shrubs, annuals, and tap-rooted plants. If you’re hesitant to do it by hand, weed wrenches can be powerful tools to use. Some of the main advantages of pulling include the minimal damage caused to surrounding plants, small ecological impact, and the low cost. However, it can be tedious and labor-intensive and its effect may be seen in relatively small areas.

The two kinds of weed pulling methods are hand pulling and pulling using tools. Hand pulling is used to manage weeds in small areas because it is easier to plan and implement. Pull out weeds carefully to prevent soil disruption. Disturbing the soil can provide a place for weeds to germinate and grow. 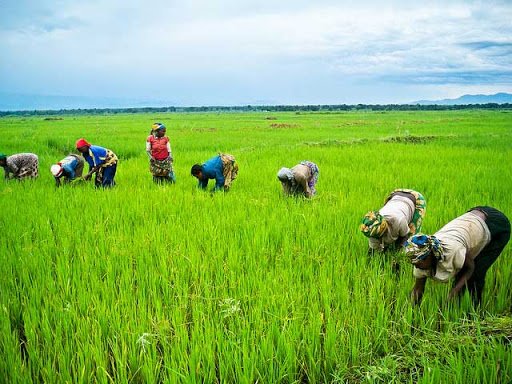 The use of cover crops is one method to prevent weeds from taking root in a field. Cover crops such as grasses and legumes can also help farmers more effectively use fertilizer and crop protection products during the growing season. A cover crop regimen has the potential to increase soil organic matter, leading to improvements in soil structure and stability, and increased moisture and nutrient holding capacity for growth. The organic matter left behind from past cover crops can increase water infiltration and reduces evaporation, keeping water where crops need it.

Cover crops have many benefits to an organic farming system such as protection against soil erosion, improvement of soil structure, soil fertility enhancement, and weed suppression. Cover crops can be used in different ways to suppress weeds. Many cover crops release allelochemicals into the soil that prevent or hinder weed seedling growth. Cover crops can enhance the vigor, and therefore weed competitiveness of the following cash crop, enhancing the availability of nutrients, or improving soil conditions.

Some advanced agricultural areas have developed some integrated weed management systems. Some general strategies are;

Leaf crops (lettuce, escarole, spinach) – Direct-seeded lettuce requires a couple of cultivations and a hand-thinning or weeding, whereas transplanted lettuce matures in 45 days following one or two cultivations with minor hand-weeding.

Farming In Canada – How To Start, FAQs