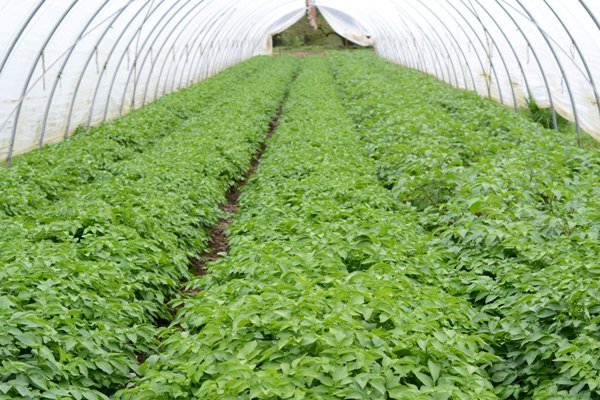 A Step by Step Guide to Greenhouse Potato Production

The Potato is a major world vegetable crop, next in production only to maize, rice, and wheat. Short duration and wide flexibility in planting and harvesting time are Potato’s other valuable traits that help to adjust this crop in several intensive-cropping systems without putting much pressure on scarce land and water resources. Growing Potatoes in the greenhouse will provide your favorite varieties all year long, and you don’t need much space to do it. Grow Potatoes in a greenhouse easily and harvest preferred varieties all year round. Also, they will do well on your porch, in grow bags, pots, large containers, and raised beds.  Find suitable growing conditions for Potatoes inside the greenhouse isn’t impossible, though it is a time-consuming procedure. 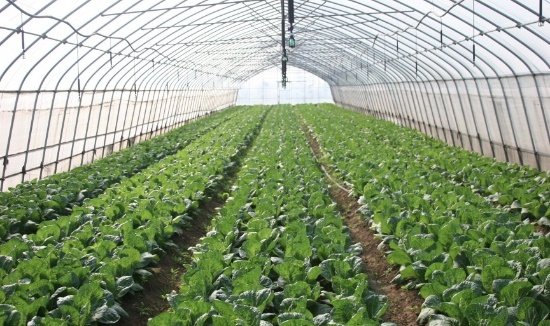 Different Types of Potatoes for greenhouse

You can grow almost all types of Potatoes in your greenhouse. Let’s discuss below are the Potato varieties suitable for the greenhouse are;

Fingerlings – These are thumb-size Potatoes that can grow up to about 3 inches. They include varieties like purple Peruvian fingerlings, long white fingerlings, Russian banana fingerlings, and Ruby crescent fingerlings. These Potatoes have thin skin and they can be cooked unpeeled.

Round white Potatoes – There are medium-sized, round Potatoes with freckled brown color skin.

Petite Potatoes – These Potatoes are also known as baby Potatoes. They can be small in size. New Potatoes are crisp and have a waxy inner texture.

There are so many Potato varieties you can grow in a greenhouse. These varieties are divided into two main categories;

When to Plant Potatoes in Greenhouse

Usually, you should plant chitted Potatoes between March and May – earlies can be planted earlier in a greenhouse as early as late February.

‘Second earlies’ can be planted throughout March, while ‘main crop’ Potatoes are planted in April and left to grow larger than small early Potatoes. These main Potatoes will be ready to be harvested towards the end of August through to October.

There are certain things that you need to be careful about when growing Potatoes in a greenhouse.

Generally, greenhouse conditions can suppress or favor disease development or can cause physiological symptoms in Potato plants. Greenhouses must be maintained between 22-28°C, a range that suppresses disease caused by Pythium and Spongospora, but that is not too hot for Potato plant development. High temperatures and high humidity can cause leaf edema or aerial sprouts on Potato crops.

Potato yields in greenhouses are sensitive to fertilization levels. For example, nitrogen levels have a dramatic impact on tuber yields in a greenhouse system. And, too much nitrogen will result in excessive foliage production and reduced tuber yields. The ideal nitrogen level differs among varieties with potting-mix based systems or hydroponic systems.

How to Plant Potatoes in Greenhouse

It is best to grow Potatoes in containers in greenhouses. Growing Potatoes in containers gives you the flexibility to move them around as well as allowing the ground to recover from the summer’s growth. In a container that’s 24 inches deep and 18 inches wide, you can plant 3 seed Potatoes. A 1-gallon grow bag has room for a single tuber, while you can plant 2 to 3 tubers in a 5-gallon bag. In a raised bed, plant Potato tubers at least 12 inches apart. Make sure the buds are facing upwards and cover them with 3 inches of soil.

Set Your Container In a Greenhouse – Set the containers in a warm part of the greenhouse and water them. Make sure there’s no frost in the greenhouse since it can kill plants almost instantly.

Start hilling, once the plant grows to 8 inches tall. Cover it with soil and leaving the top inch open for sunlight. Repeat each time the plant grows about 4 inches above the soil surface. Stop hilling once the soil reaches about an inch below the top of the bag.

When and How to Harvest Potatoes in the Greenhouse 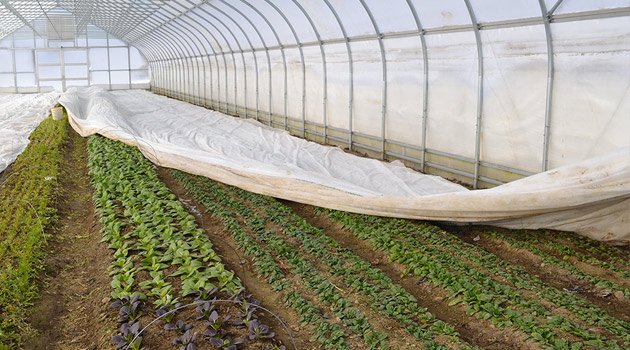 Harvesting Potaoes in the Greenhouse

Generally, Potatoes take between 80 to 100 days to mature. There are mainly two categories of Potatoes that need to be harvested. Greenhouse planters the categories name them as ‘new Potatoes’ and the ‘mature Potatoes’. Because of the small size, the new Potatoes are those that are harvested early. They are ready for harvest about 2 to 3 weeks after the Potato plant stops flowering. Though, for mature Potatoes, you need to wait for about 2 to 3 weeks. After the plant foliage has died back. This needs a lot of patience. Starting digging Potatoes when the first hard frost is expected and it can tolerate light frost. Start digging Potatoes not to puncture the tubers. The greenhouse soil should not be compact so that it will be very easy to dig Potatoes.

Do not let Potatoes turn green color by placing them for longer periods under the sun just after you have dug up from your greenhouse. Due to the presence of solanine in green Potatoes, they taste bitter and if eaten can cause some problems. If there is notable greening in potatoes it is advisable to throw them out.