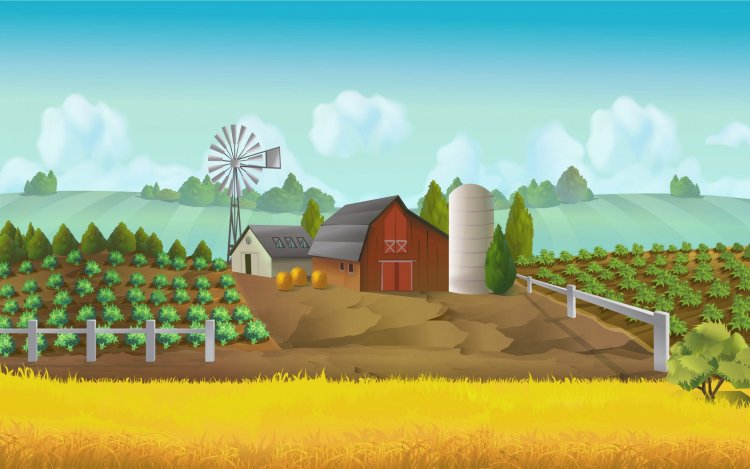 Introduction to methods of organic farming

Organic farming is a farming method that involves growing crops without the use of synthetic based fertilizers and pesticides. And, no genetically modified organisms are permitted. Organic standards are designed to allow the use of naturally occurring substances while prohibiting and strictly limiting synthetic substances. Organic agriculture farming is a production system that sustains the health of soils, ecosystems, and people. And, it relies on ecological processes, biodiversity, and cycles adapted to local conditions, rather than the use of inputs with adverse effects.

A step by step guide to methods of organic farming

Organic farming is a method that inherently includes crop production and animal rearing. This involves the use of biological materials to avoid artificial chemicals to maintain soil fertility and ecological balance and thus reduce contamination and waste. In other words, Organic farming involves growing and nurturing crops without the use of fertilizers and pesticides based on synthetics. It is not allowed to have genetically modified organisms. Organic farming is a method, which involves the cultivation of plants and rearing of animals in natural ways.

A guide to methods of organic farming. 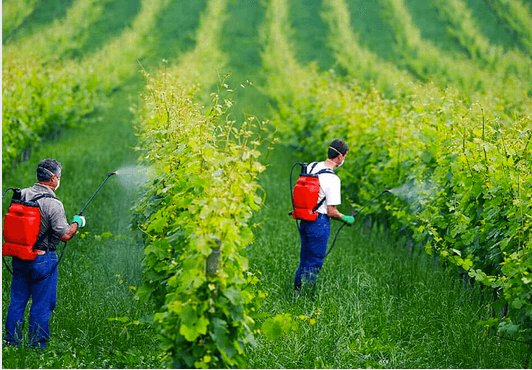 The key characteristics of organic farming consist of;

Organic farming may be adapted to;

Differences between conventional farming and organic farming; organic farming methods combine scientific information of modern technology with traditional farming practices based on naturally occurring biological processes. Organic farming methods are mainly studied in the field of agroecology. The principal methods of organic farming contain crop rotation, green manures and compost, biological pest control, and mechanical cultivation. The organic method is done to release nutrients to the crops for increased sustainable production in an eco-friendly and pollution-free environment. It aims to produce a crop with a high nutritional value and there are various methods by which organic farming is practiced are as follows;

Crop diversity referred to as plant genetic resources for food and agriculture (PGRFA), embrace the diversity within and among crops, their wild relatives and wild edible plant species. This crop diversity has evolved over thousands of years in a dynamic interaction between nature and humans, as part of their agricultural activities. It mainly provides the biological foundation for food production and food security and contributes to economic development. It refers to crops and varieties that farmers cultivate and use as part of their subsistence.

Crop diversity helps environments thrive and also protects species from going extinct. The different ways to improve crop diversity within organic cereal production, but in practice these methods are rarely used, and except for variety mixture and species mixtures, little research is invested to investigate the potential in agriculture and organic farming in particular.

Farmers rely on different combinations of a major (staple) crops grown on relatively large areas by most households (e.g. white and yellow maize, white sorghum, millet, cassava, and groundnuts) and a large number of crops grown on small areas (e.g. pumpkin, peas, beans, vegetables, tobacco, potatoes). Within this organic system, increasing the diversity of varieties of a given crop in a farmer’s field improves the chances that the crop will cope better with insects, diseases, or environmental stresses such as drought, heat, or floods. The different characteristics of the diverse varieties can potentially reduce the losses as a result of these hazards, whereas when one plant variety is grown, the vulnerability of the crop to the hazards becomes higher. The expected climatic and environmental changes will place unprecedented stress on agricultural systems and, the most diverse cropping systems, (i.e. those with the widest genetic diversity) are likely to be the most adaptable. An adequate range of crop diversity allows farmers to undertake practices that protect them against different hazards and risks, and provide them with a kind of insurance against the unknown, as such farmers and farming systems become resilient to natural hazards. For instance, crop and varietal diversity, farmers can;

Crop rotation is the method of planting crops in a different area of the garden so that no single crop will be planted in the same place two or more years in a row. Crop rotation helps to keep soil structure and nutrient levels and to prevent soil-borne pests from getting a foothold in the garden. When a single crop is planted in the same place every year, the soil structure slowly deteriorates as the nutrients are used time and time again. After a few years, the soil becomes unhealthy and drained of those specific nutrients. Simultaneously, insect pests that feed on the single crop and spend their larval stage in the soil become more prolific as their food source remains. Then, these pests become harder to manage every year as their population increases.

(1) Plants that fix nitrogen, such as peas and legumes, improve soil quality for future vegetables planted in the same bed.

(3) Soil-borne pests that feed on one family of plants are hindered as their food source is not in the same location every year.

(4) Farmers who practice crop rotation do not need to let beds or fields lie fallow (crop-free) as often as they might otherwise.

The agricultural field contains a mixture of the organism, some of which are used for plant cultivation and some are damaging. The development of these organisms should be under control to guarantee the protection of the field and the crops. Pesticides and herbicides that comprise fewer chemicals or natural can be used for pest control. A process in which living organisms are used to control pests, without or with limited use of chemicals.

After the crop cultivation, the soil loses its nutrients and its quality depletes. Organic farming initiates the use of natural ways to increase the health of the soil. It focuses on the use of bacteria that is present in animal waste which helps in making the soil nutrients productive to enhance the soil. Organic farming uses a variety of methods to improve soil fertility, including crop rotation, reduced tillage, cover cropping, and application of compost. By reducing soil tillage, the soil is not inverted and exposed to air; less carbon is lost to the atmosphere resulting in more soil organic carbon. Then, this has an added benefit of carbon sequestration, which can reduce greenhouse gases and help reverse climate change.

Plants require a large number of nutrients in various quantities to flourish. Supplying enough nitrogen and mainly synchronization so that plants get enough nitrogen at the when plants need it most, is a challenge for organic farmers. Crop rotation and green manure help to give nitrogen through legumes, which fix nitrogen from the atmosphere through symbiosis with rhizobial bacteria. Intercropping, which is sometimes used for insect and disease control, can increase soil nutrients, but the competition between the legume and the crop can be problematic and wider spacing between crop rows is required.

It refers to the dying plants that are uprooted and stuffed into the soil to make them act as a nutrient for the soil to increase its quality. Green undecomposed material used as manure is known as green manure. It is obtained in two ways they are; by growing green manure crops or by collecting green leaf (along with twigs) from plants grown in wastelands, field bunds, and forest. Green manuring is growing in the field plants belonging to the leguminous family and incorporating into the soil after sufficient growth. And, the important green manure crops are cluster beans, sunn hemp, and dhaincha, pillipesara, and Sesbania rostrata.

Compost highly rich in nutrients and this is a recycled organic matter used as a fertilizer in the agricultural farms. Compost farming transforms raw organic residues into humus-like material through the activity of soil microorganisms. Mature compost stores well and biologically stable, free of unpleasant odors, and easier to handle and less bulky than raw organic wastes. Composting can reduce or eliminate weed seeds and plant pathogens in organic residues. Compost provides benefits as a soil amendment and a source of organic matter by improving soil biological, chemical, and physical characteristics;

Weed management in organic farming promotes weed suppression, rather than weed elimination, by enhancing crop competition and phytotoxic effects on weeds. Organic standards need a rotation of annual crops, meaning that a single crop cannot be grown in the same location without a different, intervening crop. To develop organic methods to promote the growth of natural microorganisms that suppresses the growth and germination of common weeds. The two widely used weed management techniques are;

Mulching – A procedure where we use plastic films or plant residue on the surface of the soil to block the growth of weed.

Mowing or Cutting – It is a procedure, where there is a removal of weeds’ top growth.

There are useful and harmful organisms in the agricultural farm which affect the field. The growth of organisms needs to be controlled to protect the soil and crops. This can be done by the use of herbicides and pesticides that contain fewer chemicals or are natural. Also, proper sanitization of the entire farm must be maintained to control other organisms.

Organic livestock farming instigates domestic animals to use to increase the sustainability of the farm. Then, there can be no better place for pet animals to get fresh air, food, and a great exercise than the green farm. While, everything is preferred to be in a natural way, just like the animals were used as labor in the earlier times for plowing, organic agriculture encourages the use of domestic animals to increase the sustainability of the organic farm. Organic livestock farming is a land-based activity.

Organic agriculture is being conducted by many countries with the rejection of using methods and chemicals that harm animals, crops, soil, environment, and even human health. Thus, such a process of agriculture should be encouraged since it acts as a protective shield to all the main factors that form the planet. 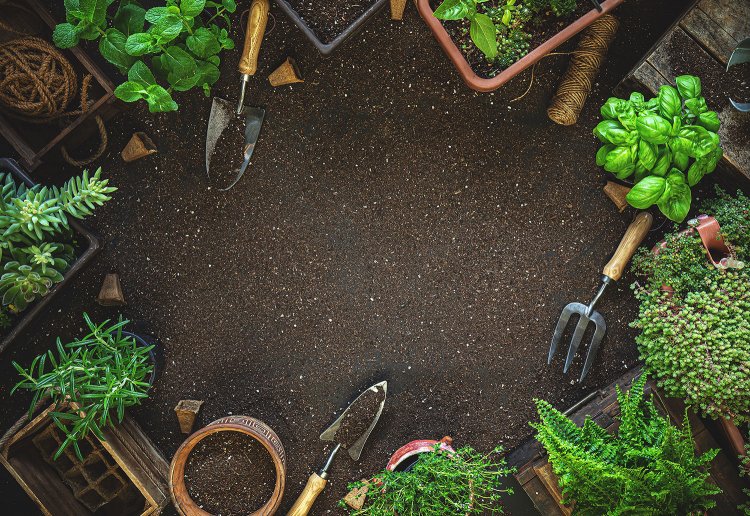 Why is organic farming important?

What are the basic principles of organic farming?

The Principles of organic farming are organic farming should sustain and enhance the health of the soil, plants, animals, and humans as one and indivisible. Organic farming must be based on the living ecological systems and cycles, work with them, emulate them, and help sustain them.

Is organic farming profitable in    ?

Organic farmers find it difficult to get good markets for their organic food produce. But, with a bit of hard work and understanding of nature, any farmer can earn a minimum of Rs 10 lakh per annum.

What do organic farmers use?

Organic methods are studied in the field of agroecology. Organic farmers are restricted by regulations to using natural pesticides and natural fertilizers.

Why is crop diversity important?

Crop diversity is fundamental to agricultural plant growth. They can produce varieties that resist pests and diseases, providing protection against crop failure and better insulating poor farmers from risk.

What is the main difference between organic farming and natural farming?

Organic farming uses organic chemicals, organic pesticides, and organic fertilizers and prepared compost. Whereas, Natural farming uses manure from animals and nitrogen fixers. They use compost but it is not prepared and nature does all of the composting.

Which natural pesticides are not allowed in organic farming?

Some naturally derived pesticides are not allowed for use on organic farming methods. Some of these include nicotine sulfate, arsenic, and strychnine.

What chemicals are used in organic farming?

There are many natural-based substances used as pesticides that are allowed in organic farming. These contain neem oil, diatomaceous earth, and pepper.

Broccoli Farming in Polyhouse for Profit – A Full Guide