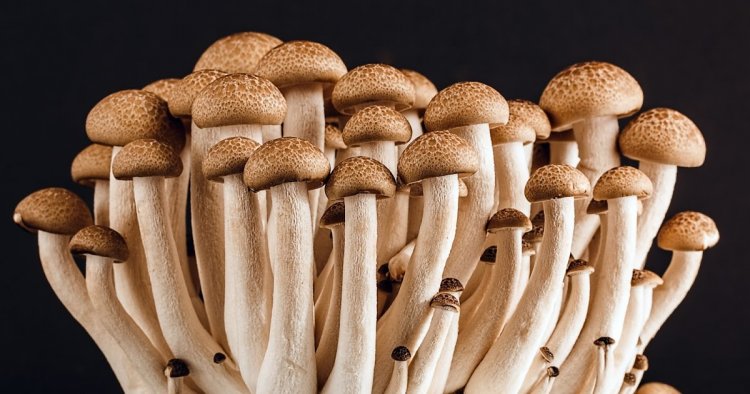 In best profitable agri-business, Mushroom farming is the one that you can start with less space and low investment. In   , mushroom cultivation is gradually increasing manner as an alternative source of income for several people. A Mushroom is spore-bearing fruiting bodies of usually produced above ground on soil or their food sources the fruiting body of fungi. Hydroponic Mushrooms have a unique appearance and are of superior quality.

A Step by Step Guide to Hydroponic Mushroom Farming, Production and Cultivation Practices

Mushroom is a fleshy fungus belonging to the kingdom Fungi family. Coming to the appearance it first appears as white tiny balls containing a cap and a short stem, which opens like an umbrella later. They cannot make their food themselves due to a lack of chlorophyll. There are several Mushroom species available, some growing wild and some are edible species. Mushrooms do not have roots but can still succeed in a soil-less hydroponic media. They mature and produce faster than either other standard hydroponic crops or conventionally cultivated Mushrooms. 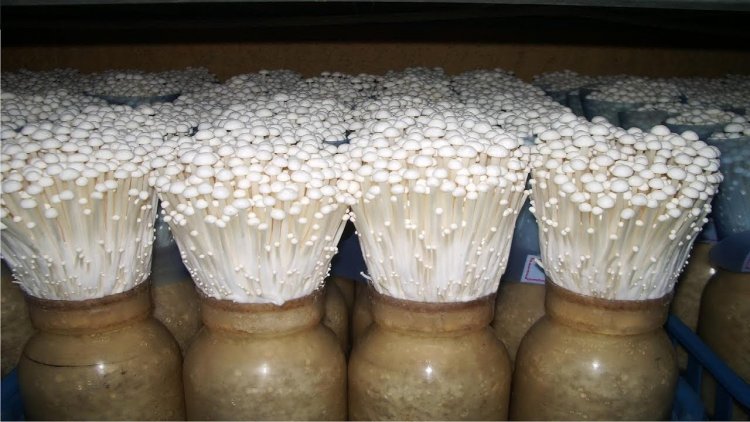 The growing medium must contain the good nutrients which will be your crops only form of energy. Although Mushrooms do not produce carbohydrates or sugars, they do need them for development. The best way to provide nutrients is by mixing in Non-Bleached flour with a media of perlite and vermiculite. The vermiculite perlite must be roughly 50-50.

The flour mixed with vermiculite and little water is formed into small cakes. Your spores are mixed in with the vermiculite/flour and allowed to harden a tad before it is distributed across the upper surface of the media/substrate. Other media that have proven effective for Hydroponic Mushrooms are Expanded Clay Aggregate. A suggested growing medium to use for Mushrooms is vermiculite. As a source of nutrients, vermiculite is mixed with a small amount of water and brown rice flour and formed into a sterilized cake. A Mushroom hydroponics system usually consists of a small tank filled with expanded clay aggregate pebbles, humidity gauge, a water heater, light, and air pump with an air stone attachment.

Your Mushroom hydroponics system must consist of a tank or tub filled with grow media, and an air pump with an air stone attachment which is necessary for oxygenation/aeration. Optional accessories that are helpful under some circumstances are a water heater, light, humidity gauge.

Place air stone or bubbler at the bottom of the tank and covered with your grow media before being submerged in water. The inoculated vermiculite cakes are placed on top. Air is circulated through the air stone to oxygenate the water. The water must be maintained warm, which is why you might want to consider the optional heater.

The N.F.T (Nutrient film technique) system has a simple design but is widely used because of how well it scales to a variety of different applications. When you are using one of these systems, the nutrient solution is placed into a large reservoir. After that, the solution is sent into sloped channels that allow the extra nutrients to flow back into the reservoir. When the nutrient solution is pumped into the channel, it flows down the slope and over the roots of each plant to carry the exact amount of nutrients.

It’s highly suggested that you use net pots with this type of hydroponic system. In many cases, the Nutrient film technique won’t make use of a growing medium. Since the channels that are used with this system are quite small, it’s suggested that you pair it with plants that have smaller roots. Even though this system cannot readily accommodate larger plants, it does scale well, which means that you can change it to allow for the growth of a large number of plants at the same time. Since it scales well, this system is usually used by commercial growers alongside home growers.

24 to 27°C is best for germination, 27 to 29°C with around 90% humidity is best for growth.  At the time of coaxing the mycelium to develop Mushrooms should they need 5 to 6 hours daily light.

You can grow a huge quantity of Mushrooms even without having a suitable hydroponics garden. You can grow Mushrooms without a garden. The simplest way to grow hydroponic Mushrooms is by using a Mushroom growing kit and this kit is generally a square-shape block of compressed sawdust of size not less than 12 inches. You will get this block with inoculated Mushroom seeds. Though, you can build your sawdust or seed block.

The most convenient and popular method to grow hydroponics Mushroom is soaked the sawdust block in cold and non-chlorinated water for few hours and then put them in a dark place with temperature ranging between 16°C and 24°C. Mushrooms grow faster in cold water so you can get a large number of edible Mushrooms in very less time.

There are two ways to grow Mushrooms hydroponically; the first one is using a pre-populated “cake” the other is populating a growing medium with spores, the latter being more difficult. If you want to grow hydroponic Mushrooms the simple way, buy a Mushroom kit. This is a block of compacted straw-like material comprising Mushroom spores. You soak the block in water, non-chlorinated and cold, for a few hours and then put it in a dark place with the temperature ranging between 16°C and 24°C. If you are a hydroponic gardener you previously have a suitable temperature-controlled environment, but you must make sure it is dark. The spores become fungus and, therefore the Mushrooms grow. It is best to maintain the Mushrooms watered with cold water as this makes them grow quicker. If you want to try growing hydroponic Mushrooms from scratch, then you have to grow your mycelium, efficiently the fine branching roots from which fungi grow. To get this effect, you can use either, a Mushroom, a culture purchased from a culture bank, or seeds. These are placed on a petri dish, place in a dark place and the thread-like mycelium will grow out of this. The mycelium is transferred to seeds or grain then spores are created, and after a few weeks fungus starts to develop and you have your Mushrooms. All of this has to be complete in a sterile environment as mycelium in the initial stages is susceptible to bacteria.

After completion of the first Mushroom harvest, you can keep your sawdust block to rest aside for a week and then reuse it for another Mushroom planting cycle. However, in every cycle, the number of Mushrooms might decrease as the amount of hydroponic nutrients decreases as the same growing medium is used for many Mushroom growing cycles. When the sawdust block is fully used and is of no use, you can add it to a compost pile.

Hydroponic Mushroom Farming without the Kit

Growing hydroponic Mushrooms without a kit then you have to start growing some mycelium until it’s big enough to support a Mushroom reproductive cycle. For Mushroom growing, you can use a fresh Mushroom, a culture purchased from culture seeds. Now place Mushroom, seeds on a Petri dish, and then allow the mycelium to grow out.

After a couple of weeks, you’ll see the formation of sterilized grain such as rye, wheat, or millet. After almost 4 weeks Mushrooms will grow on the sterilized grain. Do this entire activity in a clean environment to avoid any contamination due to harmful bacteria. It is advisable to clean the growing medium before using it. To use the hydroponic method of growing healthy Mushrooms it’s important to clean the room and the filter carefully.

During Mushroom harvesting, the cap should be twisted off gently. For this, you need to hold it gently with the forefingers, press against the soil, and then twist off. The base of the stalk in which mycelial threads and soil particles cling must be chopped off.