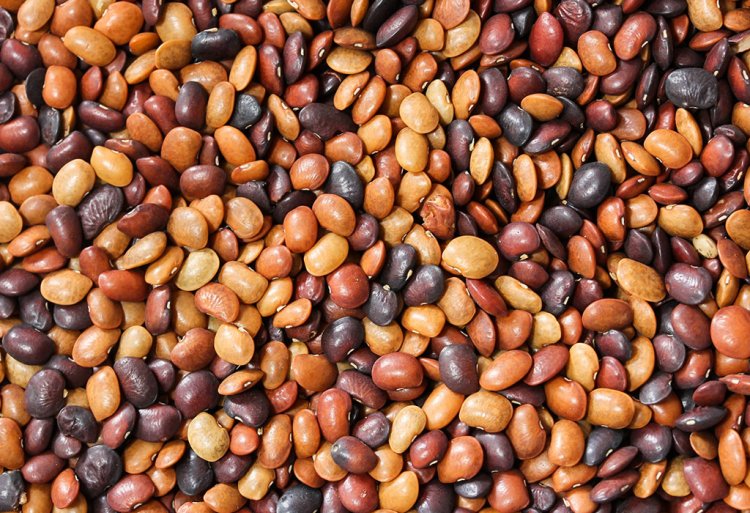 Horse gram is scientifically known as Macrotyloma uniflorum and it is also called Kulthi bean, Hurali, Ulavalu, Madras gram. It is used as horse feed and occasionally for human consumption and also in Ayurvedic cuisine. Horse gram crop is grown when the cultivator is unable to sow any other crop for want of timely rains and also grown in vacant space of citrus orchard. Horse gram seed contains carbohydrate, protein, dietary fiber, fat, calcium, phosphorus, iron, and calories as well as vitamins such as thiamine, riboflavin, and niacin per 100 grams of dry matter. Its nutritional content is dependent on soil conditions and the weather. Germinating Horse gram seeds contain a variety of proteolytic enzymes, some present in dry seeds while others appear during germination. 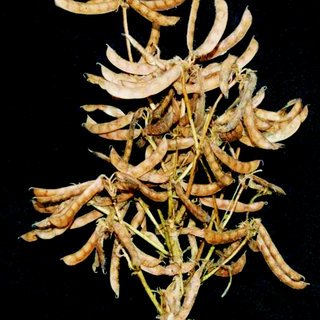 It is one of the oldest pulse crops cultivated and consumed for centuries. South  states are major producers of Horse gram and it is excellent for small farmers to generate good revenue with low investment.

Several varieties yielding around 2.0 tonnes per hectare have been developed and the duration ranges from 80 to 125 days. Traditional crop varieties, generally, sown mixed with cereals have more than 150 days duration.

State-wise recommended varieties of Horse gram is given below;

Generally grown on lateritic soil in south and the crop can be grown on a wide range of soils from light to heavy soils that are free from alkalinity. The Horse gram crop needs minimum field preparations. Only 1 to 2 ploughings followed by planking provides desirable seed-bed. The soil requirement for Horse gram plants grows well in almost all types of soil. But they choose well-drained and fertile soil which is rich in lots of organic contents. The plants are relatively tolerant of low to moderate salinity levels with pH level is about 6.0 to 7.5.

Horse gram crop is an extremely drought-resistant crop. Moderately warm and dry climatic conditions are suitable for its optimum growth. Horse gram does not grow well on higher altitudes because of the cool and wet climate. It can be cultivated up to an altitude of 1000 m above sea level. The temperature range of Horse gram is 25-30°C and relative humidity between 50 and 80% is optimum for its growth. Heavy rains during the initial stages of this crop growth affect nodule formation owing to poor aeration in the soil. A well-distributed rainfall of about 800 mm is sufficient for its successful Horse gram cultivation, but it performs well even under low rainfall areas.

Horse gram as a sole crop is, generally, sown by broadcasting and seed covered by planking. If sown in rows, the ideal spacing for short duration varieties is about 30 x 10 cm and for medium and long duration varieties 45 x 10 cm with a seed rate of 20 kg ha-1. The crop receives one or two inter cultivation, depending on weed infestation.

For better quality production of Horse gram seeds or grains, the seed must have genetic purity and should be bought from an authentic source. For good field stand, seed should be vigorous and checked for hardness, immature, shrunken, deformed and diseased seeds. Generally, the seed rate of Horse gram depends on the seed variety and an average seed rate is about 30 to 35 kg per hectare.

The Horse gram crop is grown from seeds. So after selecting the desired variety, purchase good quality seeds from any of your local suppliers. Always try to plant new seeds, and try to purchase the Horse gram seeds from an authentic source.

The soaking process is a domestic technological treatment of hydration of seeds in water for a few hours to allow the seeds to absorb water. So, it decreases and eliminates the anti-nutritional factors present in the legumes. Soaking is done before several treatments including seed germination, cooking, and fermentation. Several studies have reported that 12–18 hours soaking time is the most effective to reduce the levels of phytic acid and proteolytic enzyme inhibitors in legumes which are partly or solubilized in soaked water.

Soaking is followed by sprouting or germination, where the soaked seeds are left in moist conditions until they germinate to improve their nutritional value. It increases the concentration of bio-active compounds, improves the sensory characteristics, and reduces the anti-nutritive compounds at the same time. Normally 24–48 hours germination can successfully result in the enhancement of nutritional properties and decreasing the anti-nutritional factors of legume, whereas, too long duration may adversely affect the composition of germinated seeds. Physical conditions during germination, such as the presence of light or dark situation play an important role in the nutritional composition of legumes, as the presence of light during germination increases the metabolic changes thereby increasing the nutritional value of legumes.

The seed is generally broadcasted. It is sown in rows with the help of seed drills the seed is covered immediately after sowing with a blade harrow. The dibbling method of sowing can be practiced in Horse gram for small landholdings. But line sowing is preferred for large scale cultivation. An improved method of precision sowing and no-till cultivation of sowing must be adopted to maximize the Horse gram production economically.

The Horse gram seed should be sown 1.5 cm to 2 cm depth with a plant to plant distance of 10 cm and 30 cm between rows. Damaged seeds that are not having good quality must be removed before sowing.

Horse gram seeds were soaked for 6, 12, and 18 hours followed by germination for 0, 24, and 48 hours under different illumination conditions i.e., light and dark respectively. The germinated samples were dried in laboratory drier at 55°C until constant moisture was achieved and analyzed for various quality attributes. Almost all the physicochemical and functional characteristics were significantly affected by soaking and germination, whereas, germination done in light and dark conditions, exerted a significant effect on the ascorbic acid content, total protein, antioxidant activity and tannin content only. Based on the quality attributes, it was found that treatment having 18 hours soaking and 48 hours germination in the presence of light was the best where the maximum decrease in the anti-nutritional factors was observed. Also, there was an increase in ascorbic acid, total protein content, and a decrease in anti-nutritional factors such as oxalate and tannin content. Therefore, it is concluded that 18 hours soak and 48 hours germination in the presence of light can be considered as the optimum conditions to increase the nutritional content of Horse gram flour, which can further be utilized for the preparation of different value-added food products.

The seed and plant spacing of Horse gram plants

Treatment of the Horse gram seeds for better seed germination

Horse gram seeds should be treated with seed treating fungicide to reduce infection by fungal pathogens found in the soil. Horse gram seeds are treated with carbendazim or Bavistin 2g for every kg of seeds. Nowadays bio fungicide like Trichoderma Viridi is recommended for pulses at the rate of about 4g per kg seed. After fungicide treatment seed should be inoculated with Rhizobium and Phosphate solubilizing bacteria (PSB) culture at 5-7 g/kg of seed.

Treat the seeds with Carbendazim or Thiram at 2 g/kg seed. Treat the Horse gram seeds with fungicides to reduce any seeds borne diseases. Thereafter, seeds must be treated with rhizobium for better nutrient availability to plants.

Treat the Horse gram seeds with one packet about 200 g/ha of Rhizobial culture and one packet (200 g/ha) of Phosphobacteria using rice kanji as the binder. If the seed treatment is not carried out apply 10 packets of Phosphobacteria with 25 kg of FYM and 25 kg of the soil before seed sowing. Dry the biofertilizer treated seeds in shade for 15 minutes before sowing the seed.

You can plant Horse gram seeds by scattering throughout the field or in rows. But we recommend planting Horse gram seeds in rows, and it will make the caring process much easier. Exact spacing between rows and plants can vary depending on the selected seed varieties. But in most varieties, the rows must be about 12 inches apart and the seeds should be sown at least 3-4 inches apart.

Remove the damaged or low-quality Horse gram seeds before sowing. And for reducing any seed-borne diseases, you must treat the seeds with fungicides. Sow the seeds at 1/2 to 3/4 inch deep. Soaking the seeds in fresh water for 24 hours will help the seeds to germinate well and faster. Water lightly immediately after sowing the seeds. And within a few days, you will see the seedlings are coming out.

Harvesting and yield of Horse gram

In 40 to 50 days, Horse Gram can be pastured; in 120 to 180 days the seed is mature. The black-seeded types form seeds in a shorter amount of time and pods are formed from the ground to the tips of the vines. When the leaves shrivel and pods are light brown color, the plants can be uprooted, dried in the field, or undercover and then threshed to remove the pods.

The yield of Horse gram crops depends on the variety and many other factors. But on average, you can expect between 700 and 1000 kg per hectare.

Is horse gram and flaxseed the same?

How long does it take to grow Horse gram crops?

Horse gram crop is a self-fertilized crop matures in 3 to 4.5 months.

Is Horse gram good for health?

Horse gram powder does wonder in treating several health issues such as asthma, bronchitis, jaundice, hemorrhoids, and even menstrual problems. It is also useful for extracting phlegm and controlling fever.