Herbicides For Controlling Weed In A Cassava Farm

For a successful cassava farm, it is important to employ herbicides to control weeds. This will allow you to produce healthy and safe produce for your customers. 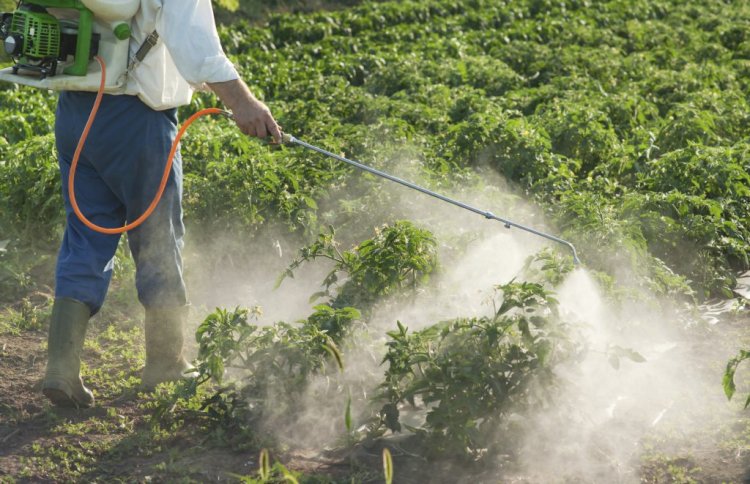 Herbicides for Controlling Weed in a Cassava Farm

However, it can be quite difficult to determine which herbicides to use. The key is to identify the appropriate method for your farm. You should consider the location of your farm, the type of weeds you have, and the amount of time you want to spend controlling the weeds.

Herbicides for controlling weeds in a cassava farm are often used to ensure high quality yields. However, it is important to note that they can also be dangerous. As a result, safe and effective application is essential.

The effectiveness of herbicides depends on a few factors. For example, the time of application, herbicide interactions, and agronomic characteristics. In addition, seasonal factors can influence the efficacy of herbicides.

Research shows that early weed control is very important. It is especially important in the early stages of cassava growth. This is because competition from weeds occurs at the root formation stage. Therefore, it is vital to remove weeds early to maximize yields.

When it comes to methods of controlling weeds in a cassava farm, there are a variety of approaches. Some of these include manual weeding, herbicides, and chemical control.

Manual weeding is one of the most common weeding practices among subsistence and commercial farmers. It requires a lot of physical labour and is time-consuming. On the other hand, a cassava farmer can achieve better weed control through the use of herbicides.

However, it is important to remember that the effectiveness of weed control is influenced by a wide range of factors. For example, the efficiency of weed control depends on the timing of weed removal. Therefore, if you want to achieve optimal weed control, you should plan ahead.

The efficiency of weed control is also affected by the number of weeds present in the crop. As a result, early removal of weeds is crucial for high yields.

In the study conducted by Gianessi (2010), manual hoe weeding was found to be less effective than other methods of weed control. However, improved weed management could help reduce drudg- ery and improve food security.

Weed competition in cassava is an important biological stress in production in smallholder farms in West and Central Africa. To minimize the negative effects of weeds on the growth of cassava, options for improved weed management must be considered.

Herbicides are an important tool for reducing the workload and manual labor required for weed control. However, a limited number of herbicides available for use in cassava cultivation makes it difficult to achieve efficient weed control. It is therefore essential to evaluate new herbicides for season-long control. This study used 19 premixed PRE herbicides to assess their efficacy on weeds. The results showed that six of these treatments consistently provided 80% to 98% grass weed control.

A study was conducted at the Federal University of Tocantins (FUT) in southern Tocantins State, Brazil to evaluate the efficacy of six herbicides in controlling weeds. It also aimed to evaluate the effect of a post-emergence weed control treatment on cassava stand establishment and root yield.

The results indicate that the use of PRE herbicides has a significant impact on cassava stand establishment and root yield. Moreover, the application of these herbicides at safe rates is not sufficient to provide season-long weed control. Several factors such as agronomic characteristics, plant density at harvest, location and time of application were considered as important.

The most damaging effects of weeds occur at the early canopy formation stage. As such, it is important to manage plant density to obtain attainable yield levels. In addition, integrating good agronomic practices with safe herbicide use can increase the root and shoot yields of cassava.

For the study, two cassava varieties, Pretinha and Caravela, were evaluated. During the growing period, 25 cm stem cuttings were planted at a 45o angle on ridges. At four weeks after planting (WAP), 400 kg ha-1 NPK 15:15:15 fertilizer was applied. During the ensuing three months, the fresh roots were harvested.