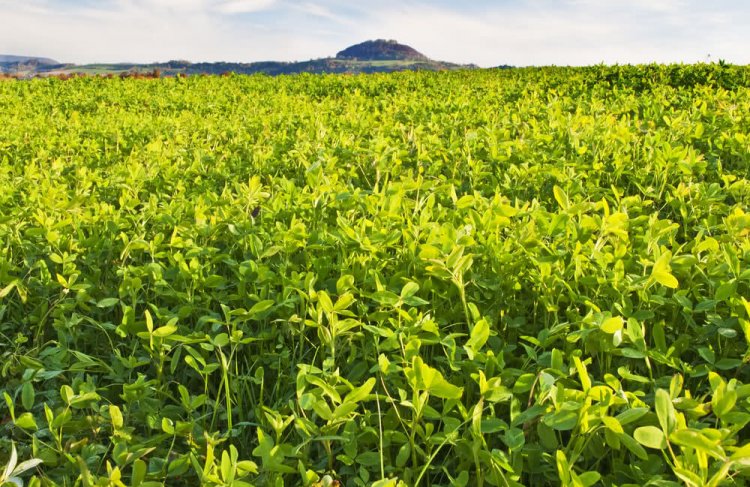 A Step by Step Guide to Green Manure in Organic Farming 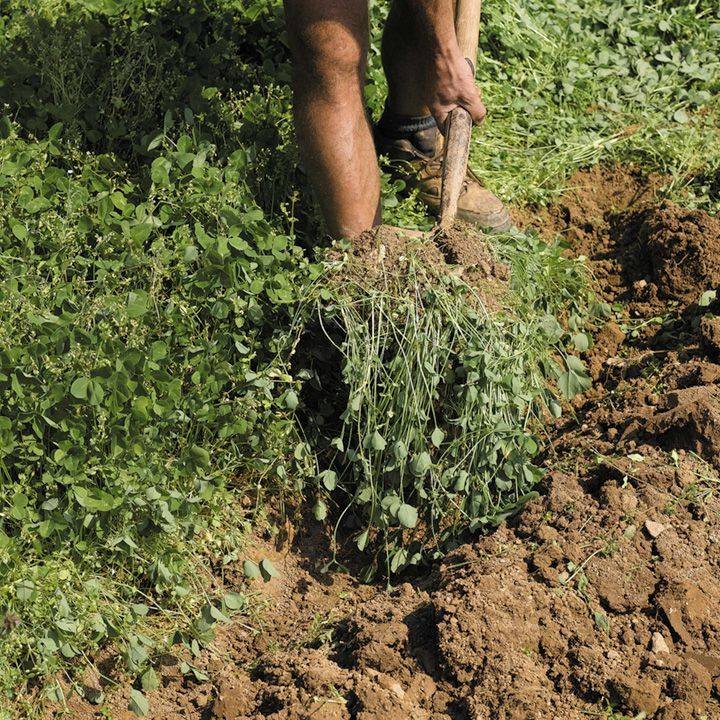 Green manures are a key part of organic farming, and they serve many different purposes. They prevent soil erosion, improve soil structure, can control weed growth, and most importantly, increase the soil’s fertility. Green manure plays an important role in sustainable annual cropping systems. This method of organic fertilizing has several benefits for the home gardener as well. It is used to define specific crop varieties that are grown into the soil to improve its overall quality. Green manure crops will give a huge range of benefits to future crops and your soil. They are grown completely for the benefits and not for grazing or harvest. Green manure is generally used to improve the soil, for organic matter, nutrients, or to control weeds. Instead of harvest the crop, the green manure is left on the soil surface or worked into the soil. These crops incorporated into a rotation add important benefits but they are a low-cost addition. The advantages of a green manure crop far outweigh the nutrients that they add back into the soil. Also, they feed the soil which feeds the plant rather than the other way around. In feeding the soil a green manure crop feeds all the soil organisms and also improves the fertility of the soil.

Growing green manure crops as part of a crop rotation is an important part of organic farming. They are useful when grown before crops that need a lot of nutrients.

Green manures can be used in rotation;

The purpose of green manure varies depending on each situation but some of the benefits are;

Green manures can be legumes or non-legumes.

Legumes develop on their roots (in association with special bacteria) nodules that can take nitrogen from the air and fix it into a form that the plant can use. Though, this can be utilized by crops grown after the legume has been ploughed and incorporated into the soil.

Legumes are considered to be nitrogen-fixing but this will only happen in the presence of correct strains of Rhizobium bacteria. These crops make excellent green manures as they have low carbon-to-nitrogen ratios (C: N), which results in a quick release of nitrogen. Because of this, they add nitrogen quickly to the soil but the amount of organic matter contributed to the soil is limited over the long-term.

Non-legumes do not fix nitrogen but can provide useful organic matter that might otherwise be leached. Non-legumes are primarily used to increase biomass. Some green manure crops like winter wheat and winter rye can also be used for grazing. Some non-legume green manures are quick growing and can be incorporated within gaps in production during the growing season.

Sowing and Fertilization of Green Manure in Organic Farming 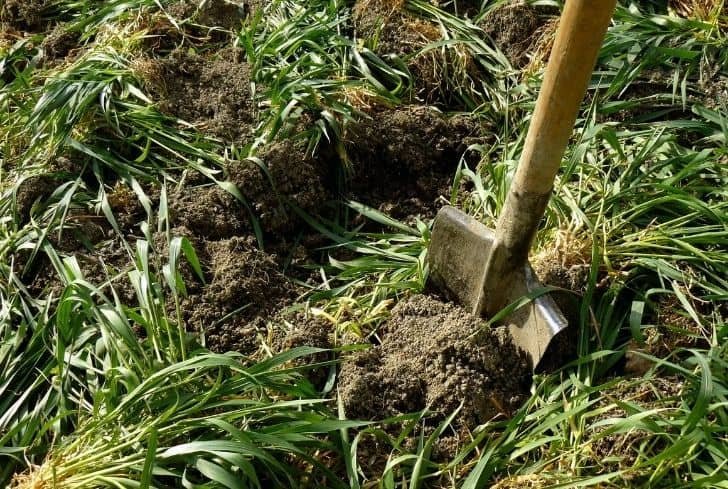 Selection of Suitable Crop for Green Manure in Organic Farming

The selection of crop sown for green manure must be done by the land, climate, and the objective. For green manure, crops have the following properties;

When green manure crops are incorporated into the soil they break down to form soil organic matter. This is important as green manures act as a store for nutrients that are released when they are returned to the soil. Cereals and grasses are high in carbon-containing material and young growth is slightly carbonaceous. As the crop ages and develops more fibrous, the carbon-to-nitrogen (C: N) ratio increases and the material becomes more carbonaceous.

Generally, the practice of green manuring can be classified in two ways.

Where the application of green leaves and twigs of trees, shrubs, and herbs collected from plants grown in field bunds, wastelands, degraded lands, and nearby forest. They are turned down or mixed into the soil 15 to 30 days before sowing of the crops mainly depending on the tenderness of the foliage or plant parts are known as green leaf manuring.

On-farm green manure is also called legume green manuring. In this system, the short duration legume crops are grown and buried in the same site when they attain the age of 60 to 80 days after seed sowing. This system of on-site nutrient resource generation is prevalent in northern and southern parts , where rice is the main crop in the existing cropping systems. Almost any crop can be used for green manuring, but legume crops are preferred because of their ability to fix nitrogen from the air. Green manuring with legumes such as peas, clovers, and lentils, etc. is called legume green manuring. These crops must be turned into the soil before the setting of seeds. It can be profitably used on lands where it was not possible to add animal manures.

Short term soil nitrogen improvement – Fast cultivated green manure crops such as crimson clover, Persian clover, and fenugreek can be grown in short breaks between cash crops to boost nitrogen levels in the soil. These annual legume crops are used in intensive horticultural systems between vegetable crops. As legumes will fix nitrogen when the soil is above 8C they are effective between April and August.

Long term soil nitrogen enhancement – Slower growing perennial legumes such as red and white clover, and alfalfa are used to add nitrogen to the soil over a long period. These crops are slow to establish but are persistent, so reduce the need for resowing. They are most sown in a mixture with grasses and are used for silage or grazing in extensive livestock systems while they improve the soil.

Preventing nitrogen leaching – If soil is left bare for any length of time, rainfall will leach (or wash) nitrogen and other nutrients out, particularly on lighter ground. In many situations reducing leaching is important in maintaining soil fertility than fixing nitrogen. Then, this is true during the winter season, when legumes are slow to establish and fix little nitrogen. Fast-growing crop species with a deep root system are best for preventing leaching.

Problems and Disadvantages of Green Manures

There are potentially some problems with the use of green manures in organic farming. These are;

In low rainfall areas, green manure crops can deplete soil moisture to the point that the succeeding main crop will suffer from drought.