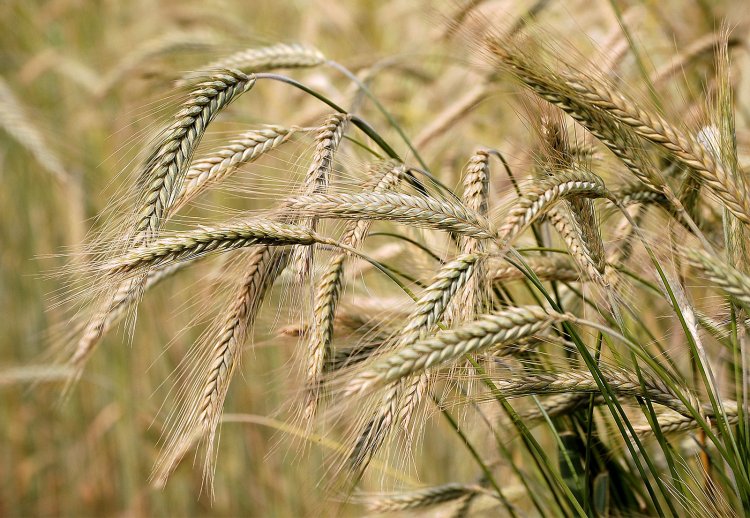 A step by step guide to Barley seed germination procedure

Barley crops can be grown as summer or winter crops. Barley can be successfully grown in tropical and subtropical climatic conditions. The crop requires around 12 to 15°C temperature during the growing period and around 30-32°C at maturity. The Barley crop is extremely frost sensitive at any stage of growth. Any incidence of frost at the flowering stage can result in huge crop yield loss. This crop is tolerant of drought and can survive in high temperatures.

Barley crop is mostly cultivated in sandy to moderately heavy loam soils. Therefore, the soil of having neutral to saline reaction and medium-fertility are the most suitable soil types for barley cultivation. Barley can be cultivated in saline, sodic and lighter soils too. Soil acidity impairs the root growth of barley hence acidic soils are not suitable for barley cultivation. Seed germination is involved in the production of malt from cereal grains. In cereals such as barley, root emergence indicates that seed germination has taken place. Though, in the malting process the term “germination” is used to describe the long growth/modification phase between steeping and kilning.

Germination begins when the seed absorbs water and ends with the appearance of the radical. Germination has mainly three phases;

Barley varieties with their yield Azad (K.125) – It yields 150 quintals of green fodder per hectare after 65 days of sowing and regenerates to produce a yield of 20 quintals per hectare of grain.

Vijaya – It has a yield potential of 30 to 35 quintals of grains per hectare.

Amber – It has a yield potential of 25 to 30 quintals of grains per hectare.

DWRB 123 – It is suitable for making beer products and it gives an average yield of 19.4qtl/acre.

RS-6 – It is suitable for cultivation under both rainfed as well as irrigated conditions. It has a yield potential of about 35 to 40 quintals of grain per hectare.

Jyoti – It has a yield potential of about 35 to 40 quintals of grains per hectare.

Clipper – It has a yield potential of about 28-30 quintals of grains per hectare under good management. Though, this variety could not become popular among the farmers.

PL-56 – It is recommended for cultivation under rainfed conditions of Punjab. It has a yield potential of about 30 quintals of grains per hectare.

Neelam – This variety yields up to about 50 quintals per hectare.

In a barley seed, germination begins after a short period of dormancy. Some level of seed dormancy is necessary to help prevent ripe grain from seed germinating in the head before harvest. Though, excessive dormancy can be a problem in malting barley, forcing maltsters to store the grain for an extended period after harvest before it can be successfully malted. Australian varieties have low dormancy, some such as Hamelin and Flagship being particularly low.

At least two genes influence the dormancy level in Australian barley. One gene is expressed in the embryo of the seed and needs to be present for any level of barley seed dormancy to develop. This gene makes the seed sensitive to the plant hormone abscisic acid, which prevents seed germination at the time of crop maturity. The second gene is expressed in the seed coat and, in combination with the embryo gene, and produces a more robust and stable dormancy.

After the Barley seed takes up moisture, the primary root (radicle) emerges. The radicle grows downward, providing anchorage and absorbing water and nutrients, eventually develops lateral branches. Other roots produced at the seed level make up the seminal root system. These roots become highly branched and then remain active throughout the growing season.

After the radicle emerges from the seed, the main shoot leaf emerges. Then, it is enclosed within the coleoptile for protection as it penetrates the soil. As a result, the seeding depth should not exceed the length the coleoptile can grow, generally no more than 3 inches. Adequate nutrition is essential for good Barley plant growth and development, yield, and grain quality. Nutritional requirements change depending on potential yield and soil fertility status. A soil test must be carried out before sowing to measure soil nutrients and calculate fertilizer requirements. Rates of fertilizer application to barley crops have been low. In the fertile soils, barley will yield comparably to wheat without necessarily producing a protein level above that acceptable for malting specifications.

The seed rate and seed treatment of Barley

Seeding rates must be in the 96 to 120 pounds per acre or 2- to 2-1/2-bushel range. Farmers have to use good quality seed from better production. The better quality seeds can be obtained from National Seed Corporation (NSC), State Seed Farm Corporation (SFCI), research institutions agricultural universities. Seed treatment is essential to control the seed born diseases in a barley crop. For the control of loose smut (Kangiari), the seed must be treated with Vitavax or Bavistin @ 2 grams/ kg seed. The covered smut can be controlled by seed treatment with a 1:1 mixture of Thiram + Bavistin or Vitavax at 2.5 grams per kg or 1gm Raxil/kg seed. Termite problem is observed in many fields; treat the seed with 150 ml of Chloropyriphos (20EC) or 250 in 5 liter of water for 100 kg of Barley seeds to avoid the loss due to termite attack.

Seed treatment is an important step before sowing. Proper seed treatment methodologies must be implemented to save the barley crop from termites, ants, and other insect pests. Treatment of loose smut disease can be performed with Vitavax or Bavistin about 2 gm/kg seed. To control covered smut disease symptoms, a mixture of Thiram plus Bavistin or Vitavax (1:1 ratio) about 2.5 gm/kg seed is recommended.

The season and time to sow the Barley seeds

Early sowing will produce higher yields, larger grain size, and lower protein levels making malt varieties more likely to achieve malt quality. Though early crops are more likely to have exposure to frost, and growers should assess the frost risk for their area before sowing. Late plantings will mature in hot dry weather which can reduce grain size, yield, and malting quality.

The method of sowing of Barley

Seed drilling or seed dropping techniques are the best ways for Barley seed sowing.    n farmers use Chonga for dropping seed to the field which is attached to a desi plow.

Sowing with a seed and fertilizer drill is the best method of sowing. Another traditional process of line sowing in some areas is dropping seeds with a Chonga (a tube connected with a funnel-like structure behind country plow) attached to a desi-plough is also popular. Though, dropping seeds in open furrows behind desi-plough and broadcasting are found to be inferior compared to line sowing with a seed drill. The soil must be made compact by planking or running a roller for better seed-soil contact.

The seed spacing of Barley or Barley Plants distance

The process of Barley seed germination

How long does Barley take to germinate?

At an average temperature of about 7°C it takes 5 days for visible germination to occur.

How long does Barley take to grow?

Does Barley need a lot of water to grow?

In which season Barley is grown?

Generally, Barley is cultivated as a rabi season crop in     and sowing being undertaken from October to December and harvesting from Mar to May.