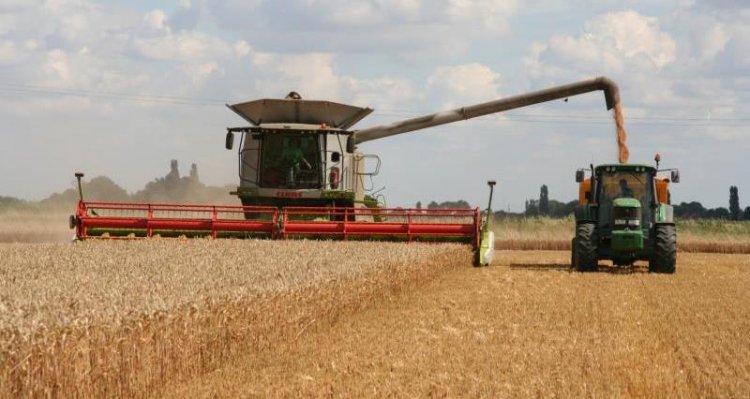 Arable farming is a crop production system that includes different variety of crops from foliage crops. Almost all landowners use different Arable farming methods because they know proper soil care contributes greatly to a good harvest at the end of the day. It requires slightly sloping land and fertile soil with balanced moisture that is not too dry or wet, a warm climate to support growth, and suitable machinery and human resources to work.

Arable farming is the process of cultivating crops in fields, and which have been ploughed before planting. This farming is practiced on gently sloping or flat land with deep and fertile soil. The land must be neither too wet nor dry. Land ideal for growing crops must be fairly sheltered and suitable for use of machinery. Arable farming dates back to the first agricultural communities. As well as giving us many of our staple foods, also it is responsible for producing oils and fodder for animals. It produces a wide range of annual crops. ‘Annual’ crops mean that the whole crop life cycle is complete within 12 months from germination to grain production. Arable land is used to produce crops and capable of being ploughed. 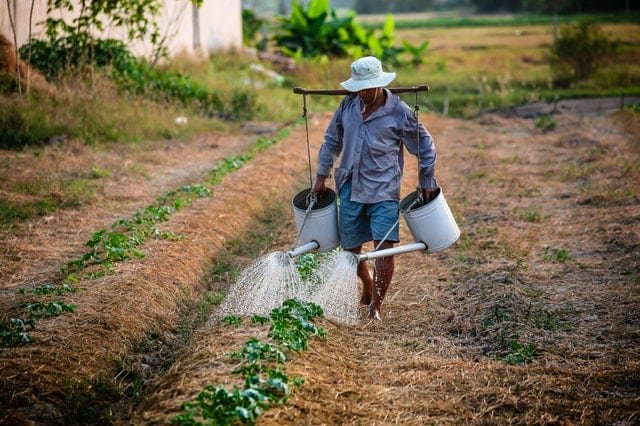 Arable farming is used to fulfill the rising demand for food. It involves the cultivation of annual crops like vegetables, grains, legumes, and potatoes.

Some other advantages of Arable farming are;

Arable farming is a process of crop production that produces a wide range of annual crops. Then, this means that the crop life cycle, from germination to seed production, is complete within one year. Depending on the type of use, there are different types of Arable crops. These include;

Arable crop farming refers to the systematic use of land to cultivate different crops. If a consistent supply of their precious produce, farmers monitor how fertile their land is and then follow a preparation after the previous year’s harvest.

Many Arable farms practice monoculture, or only growing 1 or 2 crops. Because this is specialized in a specific crop to become more productive. The crops grown vary by region of the world. Depending on the crop, it can include plows, cultivators, sprayers, choppers, or other types of equipment. Large areas of land are planted and then harvested at one time in Arable farming.

Soil, Carbon and Other Impacts in Arable Farming

In Arable cultivation systems, soils are treated with machinery up to 3 times to prepare the seedbed. Winter wheat is seeded between September and December after the harvest of the previous crop. Usually, the “mulch-seed” method is applied, i.e. loosening the upper soil level with a grubber and seeding with a seed drill. Direct seeding is applied less, with seeds being placed directly into the residues of the previous crop.

Deep ploughing is used to prepare the seedbed and also aims to reduce soil-borne diseases, activate nutrient mineralization from organic matter and loosen the soil. Ploughing is recommended once in a crop rotation system as a measure against some soil-borne diseases. The seedbed is prepared by using a whirl-harrow after ploughing, and then the crop is seeded with a seed drill.

Soil quality in Arable crops – In Arable farming, the network focuses on the demonstration of best soil management practices like highly mechanized vegetable crops such as potatoes and crops grown for the processing industry. The demo activities concern has proven and economical balanced methods and practices with high potential to improve the agronomic and societal soil services for the short and the long term. Soil services include food security, income, minimal emissions like nutrients, pesticides, and carbon storage related to climate change mitigation and adaptation, prevention of soil degradation and erosion, and improvement of biodiversity. Some sustainable soil management practices include diversification of crop rotation including cover crops, mechanization and tillage, application of organic inputs, and balanced fertilization, involving also precision agriculture methods to take special variability in soil conditions.

Crop rotations help to build soil fertility and meet the nutritional requirements for crop growth. Also, they help to limit the spread of diseases, control weeds and break pest lifecycles. For some soil-borne diseases, crop rotations with a sufficient break between susceptible crops are the only effective control.

Generally, the following principles must be applied when planning a crop rotation;

Many rotations include the use of green manures help to build soil fertility, provide cover and prevent nutrient leaching.

Size of Farms – Farms are large and sometimes over 30,000 hectares of land. In Arable farming, crop farms tend to cover more land, as the profit received depends entirely on what can be harvested from the field. For Arable farming, many farms tend to be hundreds to thousands of acres large, with individual fields reaching 50 acres or more. The size of both Arable farms and their fields tend to be smaller, and then there is less contiguous land that can be cultivated.

Relief of Land – Land is flat, and this allows for easy movement of machinery

Land preparation technique/tools used – Use Chemicals such as fertilizer, herbicide, pesticides, and fungicides. Use machinery like combine harvesters, crawlers, tractors, and ploughs to speed up planting and harvesting time.

Method of farming – Practices monoculture, the cultivation of one crop for example Sugar cane, bananas.

Tips for Advanced Sowing and Planting in Arable Farming 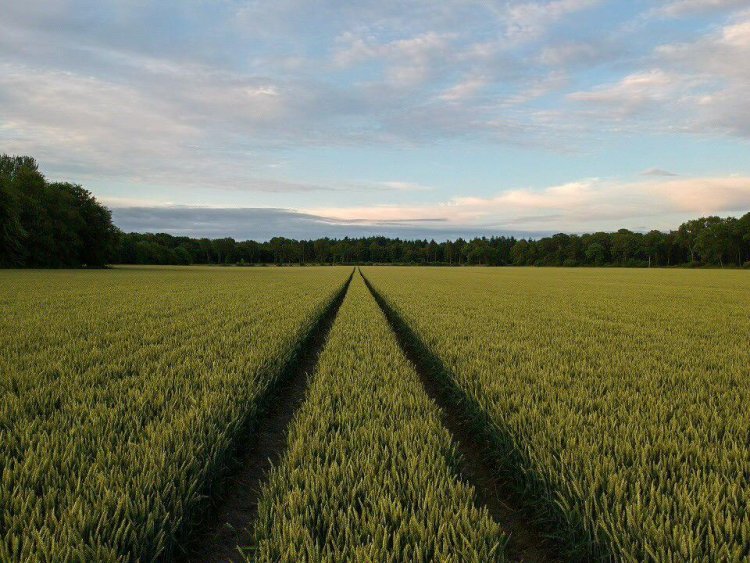 In aiming to reach full crop potential, it is very important to manage crop production properly from its earliest stages. The farming practices that are important to consider before the sowing or planting of Arable crops are given below.

The recommended farming practices enable a farmer to be one step ahead of all obstacles. Also, a farmer needs the best results to consider every important detail before the sowing.

Arable farming is the process of growing different crops it includes sowing, as well as planting. There is a big difference between these farm practices. The sowing method involves putting seeds into the soil and planting means putting an already live plant into the soil. Finally, the plant can be grown by a farmer or purchased from a nursery.

Below are some methods of sowing and planting in Arable farming, including;

What is Organic Arable Farming?

Although the field operations of an organic farm could look much the same as those of a non-organic farm, inputs are limited and the above management practices take their place. This puts much greater emphasis on planning the farming system, particularly the rotation and it needs a high standard of management. Also, it needs a different approach from the farmer, a willingness to work with a more complex system, and less reliance on intensive inputs.

Weeds are the main problem in organic Arable farming and a farm that has been kept reasonably weed-free in the past is much easier to convert. For example, high levels of docks, wild oats, creeping thistle, black grass, all make the conversion more challenging and require more costly cultivations for weed control in the long term.

Whilst weeds can be a real threat, many farms have been organically managed for 20 or 30 years or more which show that, with the right rotation, organic Arable farming can successfully keep control of weeds on different soil varieties and deal effectively with a wide range of potentially serious weed problems. 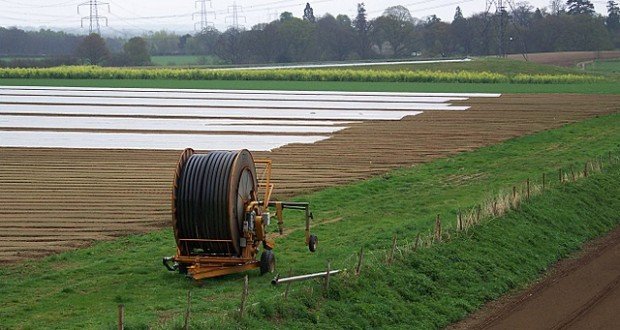 Sensing equipment attached to vehicles can measure some soil parameters such as moisture content, composition, and density. The results of these measurements help determine how much water or fertilizer is needed and where they must be applied. Seeders, spreaders, and sprayers like drones are beginning to be used for this equipped with variable-rate technology can then supply only what is needed for the growing crop. The advantage of soil sensing is that it can monitor conditions in the field without stressing the soil.

Sensing is not only useful in crop husbandry. A remote technology known as near-infrared reflectance (NIR) is a non-invasive technique that measures the reflection of different wave light lengths to monitor the composition of grain as it ripens (moisture, starch, protein, and oil content). This data will help determine when to harvest.

Machine synchronization means combine harvesters are already coordinate reaping, threshing, and winnowing activities for crops such as Wheat, Barley, Oats, Rye, Soybeans, Linseed, Maize, and Oilseed. Some modern machines are equipped with communications technology to automatically synchronize their operations to avoid duplication of the activity.

Machine learning is increasingly being used to associate yield outcomes with different properties of the weather, soil, or crops. Examples of how machine learning can be used in this agriculture include;

The benefit of this technology is that it ‘learns’, so can adapt its operations over time and make the calibrations essential for providing appropriate suggestions to the farm manager.

Requirements for a Successful Yield in Arable Farming

Plant growth stages vary between crops, but there are three development phases in plant growth;

Foundation phase – The foundation phase starts after germination. At this stage growth is slow and farmers want to monitor and apply chemical compounds such as herbicides, insecticides, and fungicides if necessary.

Construction phase – During this construction stage, the plant reaches maturity and growth is fast. Crop protection practices continue but as growth is fast, the farmer needs to focus on any additional nutrients the plant can need in addition to what it gets from the soil.

Production phase – This is the last stage of plant growth is plant parts that become our food are formed and uninterrupted nutrient and water absorption are vital. Growth is hardly noticeable. This is determined by how well the plant was protected during the construction phase.

Weed control is the greatest challenge to organic Arable farming, and weeds need to be kept under control in the short and the long term. Crop rotation, crop and variety selection, and use of machinery are all keys to plant growth. While triticale, rye, and oats can be good weed competitive crops, wheat and barley are more susceptible, and unless there is good weed control, beans can quickly encourage high levels of a dock, and creeping thistle infestation.

The crop rotations address the principal weed problems facing the individual farm, others that may be prevalent are wild oats, poppies, creeping thistle, charlock, and couch. Spring-tined weeders are used for annuals, a weed strike pre-drilling is practical and the use of sophisticated camera guidance inter-row hoes in all crops is becoming more commonplace. Though, for perennial weeds, fallowing is the most effective solution. This is time-consuming, requires repeated weekly passes, and also needs precisely the right equipment to be effective. The use of row crops like potatoes can be invaluable for cleaning. Manure and straw are sources of weed infestation so it is very important to ensure that they have been thoroughly composted before use if there is any risk of contamination.

Feeding a growing population – For several reasons, not least the growing global population, farmers need to produce more food from the same amount of land.

Climate – Crop production is sensitive to weather conditions at key times of the year, particularly days of sunshine, temperature levels, and precipitation levels. For example, depending on a crop’s stage of growth, heavy spring frosts can damage the growth of cereals and destroy fruit blossoms. Climate change is creating a longer-term challenge. While many farmers are currently managing to achieve high crop yields, their ability to respond to weather variations has reduced in the last decades. Historic data shows that temperature levels are rising by 0.2°C per decade and the warming does significantly affect the yield of crops.

Weed, pest, and disease resistance – The extended use of chemical solutions to tackle the spread of weeds, pests, and diseases, over time, led to increased resistance, making the chemicals less effective.

Soil degradation – Intensive cultivation practices and the use of heavy machinery are putting our soils under increasing pressure.